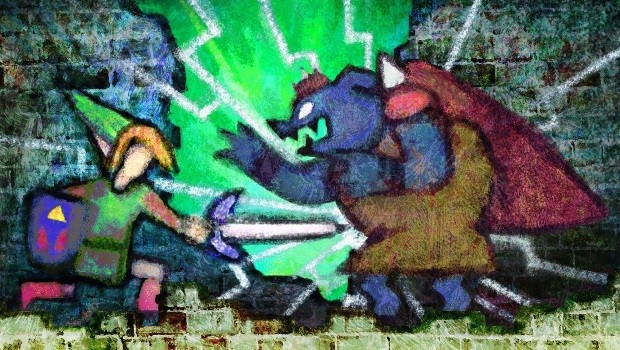 Stop entrusting everything to an adolescent boy

You’ve all grown way too accustomed to dumping your every responsibility off on a single child, and then having the gall to try and play it up as some kind of prophecy. Passing the buck to a poor young chump isn't some grand design -- you're all just lazy assholes. The only thing adolescent boys are good for are working as grocery store clerks and writing sexually frustrated posts on Reddit, not being the deciding factor in humanity's continued survival while taking care of all your mundane fetch quests.

You know what a normal society thinks when they see some kid walking around in tights and a goofy hat? They think, “Oh, that boy’s parents must not care about him very much.” Not, “This motherfucker is going to take some time out from saving the universe to find the cuccos I just lost.”

I know this is a lot to consider, Hyrule. You're obviously steeped in your ways, however misguided they may be. All I'm asking is that you take some time to at least think about what I've said, providing you can go five seconds without being wiped out by a falling moon or cataclysmic flood.

But I assure you, by enacting just a few of these simple changes you'll be well on your way to functioning like a normal society, where the only threats you'll have to worry about will be war, poverty, natural disasters, racism, civil unrest, materialism, disease, and the inexhaustible number of horrors man is capable of inflicting upon one another.

You know, the kind of problems that can't be solved by a ten-year-old boy. Or anyone, for that matter.
Login to vote this up!