This guy wrote down ten things about himself; you WON'T believe what's next

1:47 PM on 05.23.2014 (server time)    0
Actually I wasn't planning on anything but I really like those Upworthy headlines. Not because I think they are valid in any way but because I'm always getting a good chuckle out of them.

So yeah, after just about everyone here has already done this "Ten Things about" stuff, I thought it's about time to join the party. So off we go: 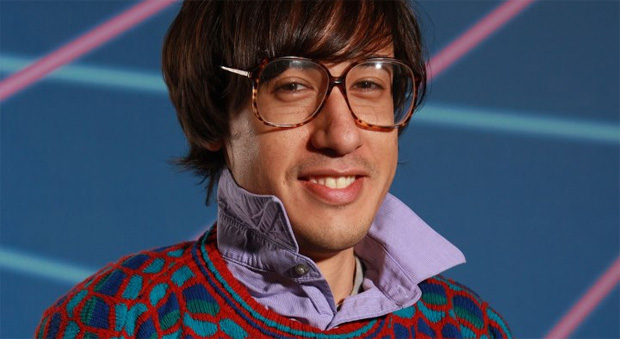 Okay...it might be a bit hyperbolic, but there are certain analogies. For example: we both have the same job. Audio Engineer that is. We both work in only somewhat related fields. We both love Corgis (and my GF and I are seriously planning on getting one)....Sadly, I'm not that handsome :/


[u]3. I'm from Germany and while I enjoy soccer, I LOVE Football with all my heart[/u]

Arizona Cardinals, that's where it's at.�
Now I'm from Germany so Soccer is basically fed to us with the mother's milk. However, I grew up in a family that was always fascinated by sports and so besides soccer I maniacally followed ski-jumping, handball and motor sports.
Then came a foggy february night in 2003. The Super Bowl was on and man...I loved it from the first second I lay my eyes on this beauty of a sport.

[u]4. Other people sing in the shower, I write stuff in my head[/u]

I don't know why, but showering really helps me clear my head (figuratively speaking) and think. Basically all of my blogs started as an idea I had while taking a shower and there are far more that I have started and yet to finish. I also write songs under the shower. It's rather fair to state, that my Blog backlog far exceeds my gaming backlog by this point (I think by this point it's a LIIIIIITTLE bit late to get my "Best of 2013" post out, isn't it?). While some people might claim that this is actually a fine thing: it's not, when you consider that I tend to forget the time and stay under the shower for half an hour...

[u]5. I'm getting really angry when there's no english audiotrack in my games/movies[/u]

I'm German as stated above but I really don't like the german language itself. I started consuming most of my media in English (or Japanese) when I was 12. Videogaming helped me tremendously during that time especially in school. As a child of the late 80s/90s it was far from given to have fully localised games for the German market. Even if, the effort put into those games was mostly...well let's not speak of it.
So in times of Multi-Layer BluRays, I really really HATE, when publishers don't include the original audio. Call of Duty is the biggest offender, annually releasing german-only. The fuck? At least give me the opportunity to download a voice-track.

[u]6. When it comes to japanese entertainment: Subs > Dubs[/u]

Basically for all the reasons mentioned above. Japanese as a language has a whole other dynamic to it than "western" languages so I always appreciate being able to hear the original with all its quirks. I'm currently studying Japanese on my own to maybe one day be able to understand enough of the voice tracks to not be so reliant on subtitles.

I just had it with "plug & play" computers, that ALWAYS had at least one component that sucked or were massively overpriced for what they offered.

[u]8. In my opinion, X-Files is the best television show ever to grace this earth[/u]

'Nuff said. You can't prove me wrong. Don't even try.

...even way before it was cool, Dood. Look at them waddle and tell me you can not like them somehow.

Yeah, I just can't stand several things but that isn't limited to the internet. I'm a rather outspoken person and even though I'm a rather shy person when it comes to myself, I DO stand up for others.�
However, I like to see things with a certain perspective and when some groups want to gain rights to the disadvantage of other's rights I also tend to tell them. So yeah: I'm always in between. If my life shall ever be made a movie someday it's title shall be "For a fistful of Tolerance edicts"


So, that's ten things about me. I hop I didn't bore you to death and may Lord Shark bless you.
Login to vote this up!