10 things you probably didn�t know or care about Beccy 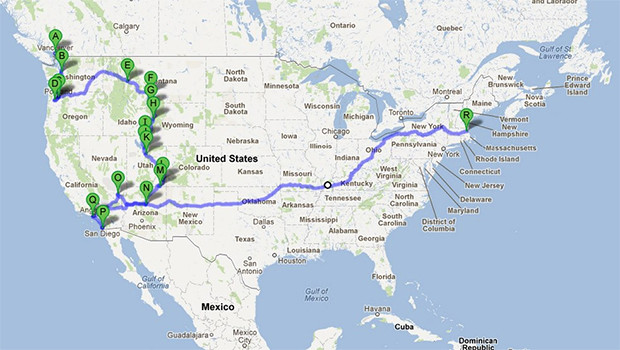 6. I�ve gone to crazy lengths to hang out with people I met through Destructoid.

I've been incredibly fortunate to have attended more than my fair share of conventions over the past four years. Off the top of my head: Eurogamer Expo (four times), Rezzed (twice), gamescom (never again), PAX Prime (twice) and most recently, Fanfest. I've flown to Canada, the US, Iceland and Germany. I've been on countless trains and buses in towns and cities and villages in my own country. In 2012, I did a�road trip�with two of my best friends across the US that totalled over 3400 miles.

And it�s never been for the games.

7. I wouldn�t be speaking to you now if it weren�t for Braid.

Braid gets a lot of stick. But it also marks a defining moment in my life.

I first played Braid in 2010. I'm fairly sure it was the first indie game I had ever played and I was in love. The mechanics, the art, the music, the references to Mario, the little dinosaurs: everything. But, perhaps bizarrely for a game praised largely for its mechanics, I also loved the story. I thought the writing was beautiful. I had picked up the references to Oppenheimer, but I hadn't figured out the connection to the princess. I just knew that I had to save her.

When I played the ending, when I watched the level in "reverse", when I realised that I was the bad guy all along and that the princess was running from me, that I was the monster, it was like I'd been hit by a truck. No game had ever done that to me before.

And I had absolutely nobody to talk about it with.

I had two people in my life at that point who played games: my brother, who didn't play anything he couldn't shoot, and iceblight, who lived in the middle of nowhere and had the internet connection to go with it. For the first time, I needed to talk to somebody about a game and how it made me feel, and I had nobody.

So I went online to find this somebody. And I found Destructoid. 3.5 years later, I've flown around the world meeting these friends, this family, that I met on the internet. And it never would have happened if the princess hadn't ran from Tim and into the arms of a knight.

8. I once put an obscene amount of tinned fruit in my mouth for a charity stream.


Given that Spencer ran through San Francisco at night in hot pants, iceblight did push-ups in the street in just his boxers, and Conor ate spoonfuls of mayonnaise to Coldplay, this was pretty tame.

Yes, the CAINE colour palette was mine. I'm not sorry.

And it breaks my heart that I won't be making it this year. Somebody beat Josh at Irish Car Bombs for me.

[Image by MeanderBot]
Login to vote this up!