Fuck the police! Anti-authoritarian games I have loved/hated 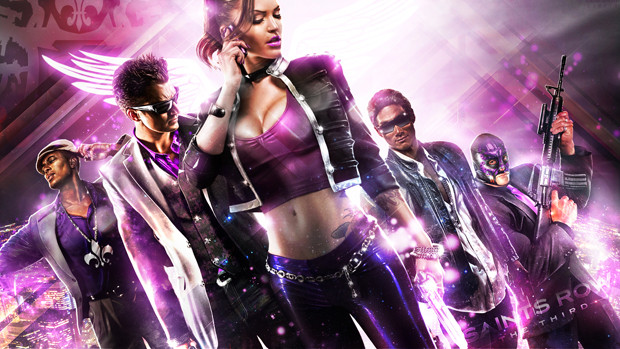 Before I close this out, Saint's Row deserves honourable mention. The series started as a run of the mill GTA clone, but has since taken a bizarre and beautiful form of it's own. Taking the most ludicrous aspects of the GTA series to the comic extreme, Saint's Row no longer pretends to represent any kind of reality or present any facade of intellectual criticism. Sure you still stick it to the man, but the game is so insanely over the top in every single way that I can't see anyone taking it as a subversive or harmful message. It is a series that abandoned authenticity, and somehow became more pure and authentic than most games could ever hope to be in the process.

My favourite description of the Saint's Row franchise is that it is like living inside the internal logic of a rap music video. That the Saint's games do the same thing for gangster rap as Brutal Legend did for heavy metal, and I think that is wonderful. I love that we have a series that celebrates ridiculousness, that will basically play out as Kanye's best wet-dream featuring himself.

There are plenty of games out there that are accidentally dumb and kind of embarrassing to the medium in general (see Revolution X). It is an amazing thing to see a series intentionally embrace silliness and do it perfectly.

I've mellowed out over the years. I'm not the angry little class warrior I used to be (and really it's for the best, because that dude was kind of insufferable). I don't go around looking for injustices to brood over, or fantasize about torching banks anymore. That seems like a natural result of growing up and maturing, but I have to wonder if games like the ones I've listed here are part of the reason I've cooled my jets. Maybe these anti-authoritarian games have let me channel those feelings in a more positive direction, one where I can blow up a few virtual cars before sauntering out the door and joining society as a peaceful productive member...

Or maybe, now that I think of it, games are just another tool for THE MAN. A pressure valve they use to let us blow off steam in a nice, tidy way that doesn't impede business. Maybe I've been a sucker all these years. They've put virtual saltpeter in my brain's diet, watered down my zeal, strangled my passion. They laughed all the way to the bank as I hammered away on the controller, so self-satisfied with my pretend revolutions and fantasy rebellions.

Maybe I've got it all wrong. Maybe it's time to put down the controllers, unplug the Xbox, and hurl it through the windshield of a police cruiser.

Fuck the police.
Login to vote this up!