1:34 PM on 05.13.2014 (server time)    0
Gearbox President Randy Pitchford has always been sweet on the Borderlands community. When not handing out SHiFT codes on his twitter feed, he is often posting pictures people send of their Borderlands tattoos or costumes they have made imitating Pandora's memorable inhabitants.

Today, Gearbox released assists for its upcoming Borderlands: The Pre-Sequel designed to allow that rabid fan base and early chance to start crafting their costumes for all of those midnight launch parties. 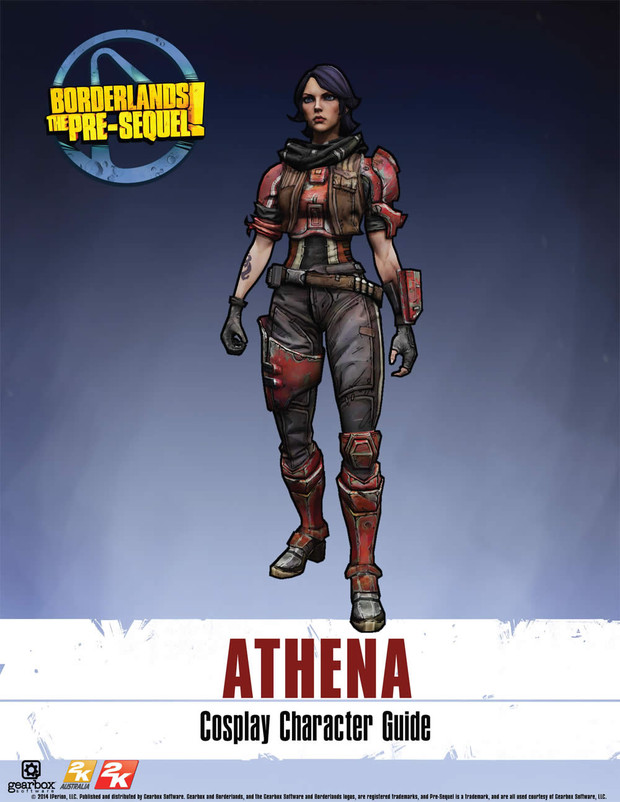 Inside the pack is a series of high-res pictures detailing the outfit, tattoos, and weapons of former Crimson Lance assassin Athena, one of the new characters staring in the upcoming Pre-Sequel.

Gearbox states that they will release one of these guides for each the four new classes so if Athena doesn't do it for you, don't worry, the rest will be coming soon.

Capitalistpig (Steven Brown) is just a lowly vault hunter in a sea of Handsome Jacks. You can follow him on Twitter if you want to hear him ranting about more or less anything in general.
Login to vote this up!

Reach exceeds grasp. Not that I lack skill, I just have small arms.