10 Things About dagiarrat, Who Is Me.

4:23 PM on 05.12.2014 (server time)    0
Hey there. I haven't been around for a long time, and most of you probably wouldn't know or remember who I am, but I always liked writing here, so I'm jumping on the meme-wagon. Here are a couple of blogs I wrote that I think are pretty interesting:�1�2

1. I have been depressed since I was a child and attempted suicide when I was 8.
The year that I started actively posting on DToid (2013, years after I started reading it) was the worst year of my life. I was finishing my degree, and for some reason I still don't understand, my depression got so bad that I could not leave my apartment most days. I also don't remember much of what happened, then. The way I experience depression is that I feel no pleasure or enjoyment (I don't think I ever have) and consider myself a worthless piece of garbage who is eating other people's food and breathing other people's air. That's how I have lived most of my life. 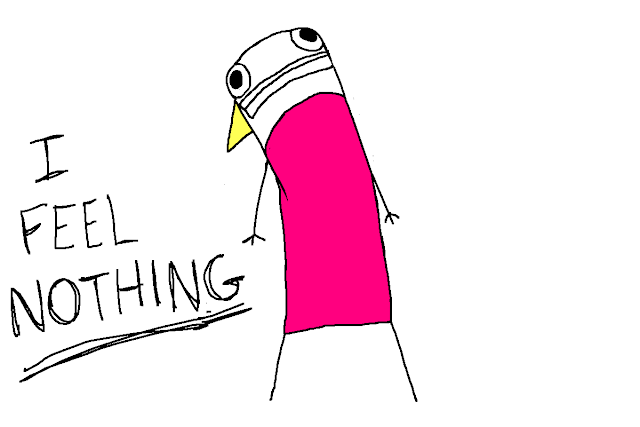 2. I started receiving electroconvulsive therapy for depression about 6 months ago.
ECT used to be known as electroshock therapy. Yeah, they still do it, and it works. It's the only thing that has ever worked. I've been on various drugs and in therapy for over a decade, and ECT is the only thing that has made a dent in my depression. I still do not enjoy anything, but I'm not so down in the dumps about it, and I feel like I am stable enough to hold down a fucking job. It's completely changed my life for the better.

3. I have a degree in biochemistry, and another in molecular biology.
I got it from an "Arts and Sciences" program, and I am not happy with the depth of the education I got. I'm planning on going into an engineering program.

4. My username is the first two letters of my first name followed by the first seven of my last.
It is pronounced "dah-jer-raht". My real name is David.

5. I have almost no libido and just ignore it when it comes up.
I am straight, but my libido is so weak that I may as well not have one. I haven't dated anyone for years, and I haven't been looking for anyone to date.

6. I study languages and math in my spare time.
I speak a little Italian, Russian and Japanese. My vocabulary in the latter two needs a lot of work, but my Italian was pretty decent until I stopped talking to family. Earlier this year, I decided I wanted to be fluent in one of them, and chose Japanese because Italy and Russia suck in more ways than does Japan. I've been studying for hours every day, since. It's going well, and in many ways the grammar is a lot more straightforward than in English, Italian or Russian.

I'm currently working on Pinter's "A Book of Abstract Algebra". So far: pretty well put together and easy to follow.

7. I used to know and receive lessons from Steve Bissette.
Some of you might know who that is if you're into comics. I think it's pretty neat. Also, Steve is a really great guy.

8. I have strong opinions about beer, wine, liquor, shisha and e-juice.
Yeah, I debauch like mad. Helps the time pass.

9. I have never believed in anything supernatural.
Ever. This is mainly inspired by a certain part of PhilKenSebben's 10 Things. The first day that my mother brought me to a protestant church, a very creepy man started telling us in Sunday school that it was very important that we all go home that night and read Revelation. So I did. It took me a while to figure out that the people in that church believed everything in the Bible to be true. 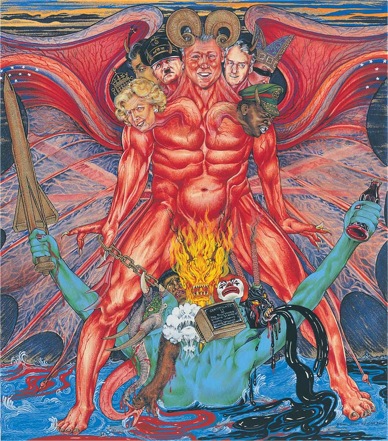 My best friend growing up was and is Catholic, so I'm not one of "those people". I don't mind what others believe in. Unless that belief is in a worldwide Illuminati-esque conspiracy and the believer is in a position of authority. Then I mind.

10. About 6 months ago I randomly lost all interest in video games.
The last game I played was Olli Olli on the Vita. Before that, Harvest Moon: A New Beginning. Since the beginning of this year, I have not been able to compel myself to play any game. At all. It used to be my main passtime. It's weird and I don't like it.

I miss you guys even if you don't remember who the hell I am, and I wish I still played video games.