3:03 PM on 04.27.2014 (server time)    0
Hello there! I know I don't write often enough to be remembered, but don't worry my dear reader. I've got your back when it comes to video games. After exploring the jungles of Cambodia and the scuzziest lower east-side dive bars, I ran into none other than Hideo Kojima, who not only confirmed that he's an imaginary creature powered by our thoughts, but also handed me a copy of his most sacred document: The Metal Gear Creation Papers.

These pages contain all the information the grandmaster himself has used to make countless Metal Gear Solid games, and I thought I'd share some of it with all of you. MGS V has yet to release, and this has left a gaping hole in all our hearts, a ghostly ache that only this document can provide relief from. Indulge yourselves and feel free to share your results.

d. The investor meeting you were having with shareholders of Konami.

a. Infiltrate a secret base.

b. Rescue the President.

c. Infiltrate a secret facility hidden inside a secret base.

d. Botch every rescue attempt we've assigned you and uncover a massive conspiracy.

e. Create your own elite fighting force of bored and eclectic mercenaries who are perfectly alright joining an insane plan that has a tenuous grip on reality at best.

f. Infiltrate a flagrantly placed base while procuring all weapons, food, clothing, and living expenses on sight. We're counting on you, because this organization is bankrupt.


3. For this mission, we've decided your codename is:

d. What the fuck did you just say to me? 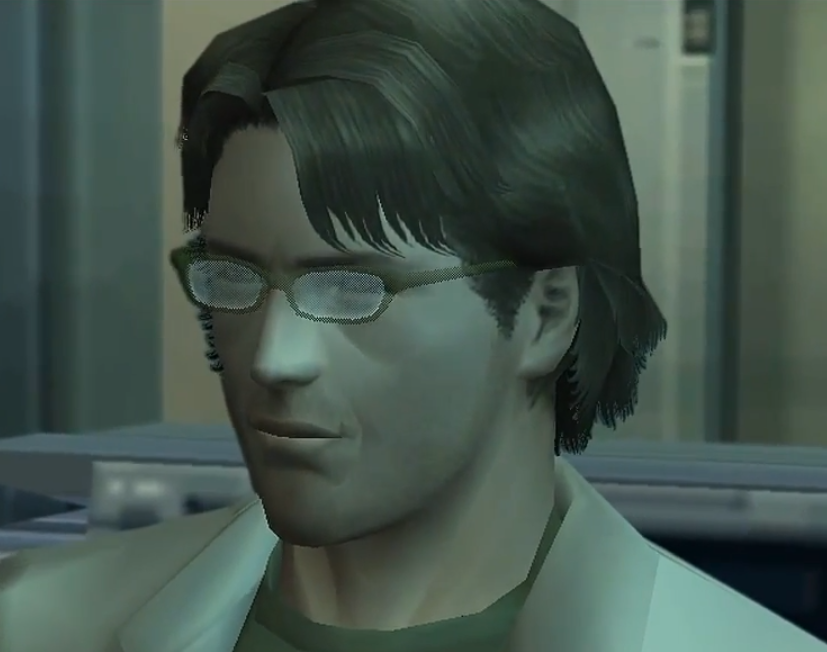 1. Your commanding officer is:

a. A mysterious high ranking military archetype that goes by the instruction manual.

b. A military colonel who ends up becoming a villain, downright insane, or a windows vista program.

c. The same colonel as previously mentioned but he's totally okay again because he had time to think about what'd he'd done.

d. Another colonel with the exact same name but he grew a mustache.

2. Your intelligence gatherer is:

a. Someone who always pisses themselves every time you call.

b. Someone who is emotionally unstable and constantly asks your opinion regarding life, love, and happiness while men are hunting you down with automatic assault rifles.

c. Someone who has no idea what a codec is and never responds to your calls.

d. Someone who will tell you to press x to open a door and then never say anything else the entire game.


3. Your save file manager is:

a. A woman who wants to delete everything you've ever saved.

b. A woman who tells you that everything you've ever done was horrible and you should be ashamed.

a. A slender young man with flowing blonde hair who is constantly crouching down to ask his superiors how to climb ladders, aim a gun, run through hallways, hide upon being detected, what his weapons do, and how to remove pigeon shit from a multimillion dollar stealth suit.

b. A slender young man who also happens to be a quadruple amputee.

c. A slender young man who gets cybernetic implants and really wishes the torture would stop.

d. A slender young man who didn't ask for this.

e. Nanomachines in the vague shape of a man.

1. Your codec additions include, but are not limited to:

a. A man giving you the worst possible combat advice and becoming audibly irritated the longer you survive.

b. A man who sacrifices himself for the greater good that was in his own head, because his sacrifice was pointless.

c. An annoying little girl who is really good at computers and later falls down a flight of stairs.

d. Someone who is adept at being vague and moody.

e. A circus bear with advanced knowledge of interrogation and CQC tactics.

f. A pack of floating cigarettes smoking a cigarette.

2. The female protagonist: How naked should she be?

3. What theme should her backstory contain?

e. All of the above. 1. Revolver Ocelot does the following:

a. Double-crosses the main character.

b. Triple-crosses the main character.

c. Triple-crosses the organization he was working for.

e. Learns how to be proficient with firearms.

f. Learns all about gun safety from the main character.

2. Revolver Ocelot's final words to the main character are:

a. "You're pretty adequate."

b. "The only way you can defeat me is if you press the corresponding key prompts that flash on your screen."

c. "I'm really glad that ninja didn't cut anything below the waistline."

2. Each villain must have a unique characteristic:

b. Too many pants.

d. On their last leg, both physically and mentally. Also they have one leg.

e. Easily telegraphed attacks that were taught to them by the world's worst special ops trainer.

f. The inability to stop shouting and/or whispering.

a. "Is it true? I can hear you now...this blood I see must be mine, for I finally feel the weight of a thousand sins lifting off into the heavens as my weary soul enters the respite I so richly deserve. I'm coming home. Please heat up the leftovers."

b. "My penis burns with the vengeance of passionate hatred!"

d. "[Main character]! You need to be gentle with me! With each action I take my bones break! I must seek sanctuary! WITH YOUR DEA--OOWW! NO, STOP! I'M SORRY, I'M SORRY!"


4. One villain must engage the player with a strange, innovative feature:

a. Throw your controller into the Kinect.

b. Place the Xbox One vertically.

c. Lick the PS4 controller until it changes colors.

d. Touch the PS4 and then maybe get a finger or two in a USB port for good measure.

e. Log on to www.MGSV.com and vote on how you should win this fight!
�
5. Metal Gear is destroyed by:

a. A stinger missile.

d. A deep realization that it is a machination of hubris.

e. It trips into a ravine.


1. Revolver Ocelot says this after the end credits:

a. "Everything is going according to plan...Mr. President."

b. "Of course he doesn�t know anything�[Main Character] helped us beyond any doubt.�

2. The ending lesson is:

a. Maybe nuclear weapons ARE the answer.

b. Building Metal Gears is a terrible business decision during an economy in a downturn.

d. With the power of Youtube and patience, a lot of people could have saved $30.

a. Most highly rated production yet.

Congratulations! You've just finished the plot to an MGS game!
Login to vote this up!