[NVGR] My Top 10 Black-Metal Releases of all time

Happy Easter everyone and what better way to celebrate this glorious day, than taking a look at my favorite Black Metal Albums ever. Now I guess even the headline has scared of everyone but one or two people, but I myself wasn't too fond of BM for some time. It was only a few years back that I discovered, that Black Metal can be far more faceted and diverse, than a vocal (yet ironically media-affine) minority wants to make people believe.
That said, I don't really like most of the "raw, pvre BM" that circulates the scene these days, but even there, we have certain highlights.
This list, however, will cover my personal Top-10. And it will be limited to Black Metal and its subgenres, so there won't be bands like Behemoth or Belphegor on this list. Also: ONE entry per artist, not more.

This release oh so barely missed the list, yet I felt the need to present it here. Up above I said, that I don't like most of those "raw" black metal bands, but Endstille do it really well. They manage the fine line of "appropriate" production value with raw brutality and even some nice melodic riffs mixed. Sadly, with the departure of singer Iblis on 2009 the band has taken a turn for the worse and their current album is really their worst. However, if you've got the chance to see them live, you should. Their setlists are killer and those melodic riffs are even better on stage.

Australia, the land of beer, poisonous animals, kangaroos, koalas and bushfires also produced one of my favorite Black Metal Acts. While their new release is quite good as well, their 2011 record makes the cut. "Torn beyond reason" was just an (nearly) all killer, no filler record, with songs like "An unbroken Moment" still on my MP3 player ever since. Their take on Black Metal consists of a rather melodic approach, combined with Synthsound-foundations and a voice, that's just enough lo-fi-mixed into background, so it really sounds right. And those melodies...really...just listen to the song below in its entirety. Yes, it's melancholic, but man, it's BM.

What is Black Metal known for? Correct. Loud, brutal, lightning-fast riffing and drums. Now guess what Negator do best. You guessed correctly. However, they combine this with really great production value to produce an album that just sounds awesome. The screams sound the right amount of spiteful, the Bassdrum hammers into your guts and the guitars are the right amount of melody and tablesaw. Agressive and direct, this release was all I hoped for and more. 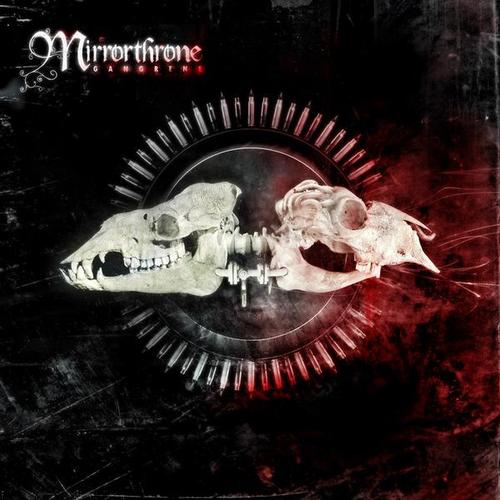 Want to know how well regarded this release is? "So frail" made it onto the Brutal Legend Soundtrack and the CD for this one is REALLY hard to come by. A one man project, this project has it all: a mix of clean vocals and anguished croaking, great melodies, good production value and a great deal of orchestral arrangements without too much kitsch. What really puts it here, however, is, that it's not contempt with being "just a Black-Metal release". You'll find many influences from other genres in here and the songwriting is really solid here. "So Frail" alone would rank this album on the list, but the rest of it levitates it to Number 8. Still love it.

Speaking of "classic", you can't have "symphonic black metal" without mentioning Dimmu Borgir. Their reputation has taken some hits in recent years due to them simply being successful, but that didn't came from out of nowhere. Since 1994 the band from Norway roamed concerts and metal-radio stations with its blend of BM and classical arrangements. Yes, they've become quite tame over the years, but not so on Enthrone Darkness Triumphant. This album encapsulates all the band is, so if you're new, I'll suggest you start here (or with Death Cult Armageddon which is a bit more accessible).
Fun Fact: in 2009, Dimmu Borgir won a lawsuit against German Rapper Bushido, who used the keyboard hook from "Mourning Palace" in one of his songs without permission. Soon, it came to light that he also copied Dimmu Borgir's "Alt Lys er svunnet hen" and 14 songs from a french Gothic Metal band.

(want to hear one of the greatest guitar-licks in BM-history: skip to 3:40) 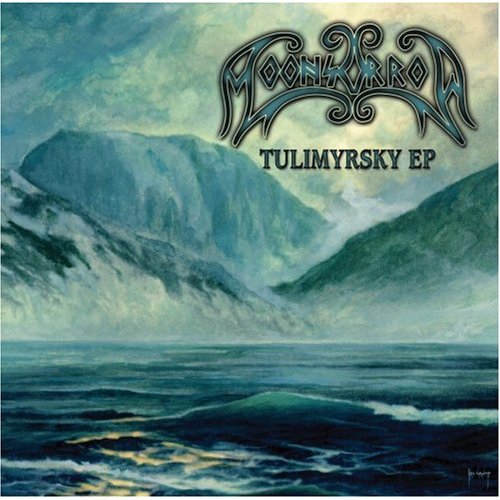 When it comes to Moonsorrow, they are often counted toward the Pagan-Metal fraction. However, Pagan Metal itself has a lot of genre distinctions in itself and it is more of an "inspirational" moniker, than a genre in itself. Moonsorrow really show that, as they blend a slower kind of Black Metal with strong Nordic-Folk-influences and the appropriate instrumentation. Their style also has varied over the years with their older albums containing more of their Black-roots, while the newer ones contain a more mixed approach. My favorite by far is their 2008 release Tulimyrsky. Although just an EP, it features their best song. One of my all-time favorites and a song, every metl-lover should have heard. Tulimyrsky is a magnum-opus, being nearly 30 minutes long and featuring aggressive parts, melodic parts and an old tale, being told in finnish over the sounds of Bodhrans and fiddles. Just listen to it. It's awesome. Really, really awesome. Well blimey, back to STRAYAH. Another band from the sunny side of the earth, delivering another awe-inspiring album. Mammal features a unique blend of Black Metal and Post-Rock. This might sound like two complete opposites, as Post-Rock features a far more quiet, subtle and overall unconventional approach. Surprisingly, these two things work very well on this LP. Long, almost monotone episodes of riffing create a hypnotic gaze that one simply cannot escape, only to mix it up with some downtempo episodes at exactly the right times to keep it fresh and interesting. A really unique mix that just sticks with you. And my kudos to the drummer who can keep a double-bass-trigger going for 19 minutes straight.

One of the very first bands from Norway to adapt to Black Metal still happens to be one of the most influential. The Age of Nero might not be my No.1 release, but I think it's the most important on this list. Why? It came at exactly the right time. Black Metal hit some kind of ceiling in the early 2000s. Somehow, everybody felt Black Metal couldn't go anywhere anymore. Only becoming always more and more controversial diluted a genre already in decline. NSBM became a larger and larger problem and all in all, it wasn't really looking great. In came Satyricon. It's not hyperbolic to call them legends of Black Metal and again they proved me, why. "Now, Diabolical" already introduced, what came to perfection here: a move on from the roots with an approach that's even more back to the roots. Satyricon took what made Black Metal Black Metal and blended it with influences from Rock and Roll to a more old-school Heavy Metal and created an album, that sounds fresh without alienating anyone. Gone are the days of strangely clothed guys with painted faces, in comes a new kind of suit-wearing, lounge-black metal, that still doesn't deny it's roots and is at the same time soothing and aggressive. The production matches that exact approach with somewhat lo-fi sounding guitars yet one of the best mixed drum-kits I've ever heard and crystal-clear vocals.

Speaking of "high-class" Black Metal, Vreid is another band who do so with bravour. Diverting from the high-speed roots (without abandoning them) they create a certain sound, that sucks you in and won't let go. Another interesting thing is, that in a time where every Black Metal band tries to provoke by using Nazi-related symbolism without being straight-out NSBM (of which there is sadly alot these days <.<), Vreid (norwegian for wrath) go the opposite way. Now they aren't punk, but Milorg was the name of the Norwegian Anti-Nazi-resistance group during the 1940s who achieved several surprising successes like the sinking of the battleship "Bluecher". I can hardly pick out my favorite here as every song is really really great. Even people who usually don't like Black Metal should give this album a go, as this is not your typical Black Metal.

Another one-man-project, this time from France. Neige (french for snow) has been active in the scene and different bands for years. With Alcest he created his own sound. Ecailles de Lune was his second album under the Alcest name and it featured the pinnacle of his creativity...at least in my opinion. The first album was a wee bit too "Black Metal", his new albums are more Shoegaze-Rock and really don't feature any Black Metal-influences at all. On this 2010-opus, however, he finds the balance between hard parts and a special je-ne-sais-quoi-french fluidity and soothingness that is very hard to describe until you hear it. Ever wanted to hear what it would sound like if Simon&Garfunkel went into the Metal business? Look no further.

Well, what is there to say? You've seen my drooling over the other placements on this list, so what do you expect? If you have only the slightest interest in Metal you NEED to own this album. The time you spent reading this blog you could have spent ordering this extraordinary release. Everything on this album is right. Everything. From the first second to the last, this album is pure gold. Everytime I think about my favorite, I try a song and think "That's it"....only to listen to another one and being conflicted again. Go and buy it. Right now. Regarding Black Metal, it won't get better than this.


So there you have it. My Top Ten Black Metal releases. Happy Zombie-Jesus Day everyone.


PS: all bands on this list are clean. NSBM has become a plague over the past few years and there is no Black Metal band I listen to that hasn't been subject to a thorough background-check. It's sad but it's the reality this genre has to endure these days.
Login to vote this up!