9:18 PM on 04.17.2014 (server time)    0
So recently I was put on some medications that made it so I couldn�t drink, so I decided to do the next best thing and fantasize about drinking! �I like to be a thorn in some bartender�s sides by asking for some kind of strange drinks, or asking for normal drinks in a strange way - i.e. Ordering a Cuba Libre...the bartender wasn�t too happy after he looked that up in his little black book, but that is like bartending 101. �I got some advice from a family member that you shouldn�t drink to get drunk, you should drink for the flavor of the drinks. �While I don�t always agree with that mindset, I do think it is kind of sad the state of some bars...bars where you can only get a drink if the ingredients are in the name. �So I did some research over the past 5 years of old school drinks that still hold up today, and I figured I would share a few of my favorites with everyone. � 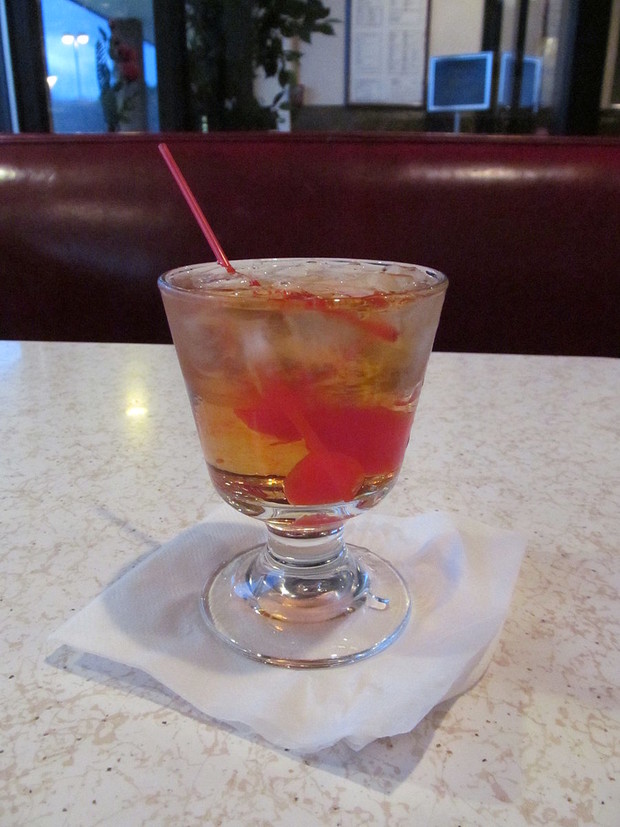 Why you should drink it: �To preemptively answer your question of �Drambuie..what is it?�, Drambuie is whiskey mixed with honey, herbs, and spices. �It is cloyingly sweet on its own, with an almost cinnamon like taste. �Oh, and its 80 proof. �So you take scotch. �Add honey and herbs to it. �And mix it with scotch. �This whole cocktail is 80 proof. �And that is beautiful. �And you would not believe how good it tasted for that. �Normal scotch on its own has a musty quality that some (like me) enjoy, but the Drambuie overpowers most of the scotch taste with how darn sweet it is, while the scotch cuts down the sweetness of the Drambuie. �I won�t say that you can�t taste the alcohol, because you can, but you would be surprised at how easily drinkable this stuff can be. �It feels a bit thicker than a normal drink, and it gets a lot of the honey and spice taste more than the whiskey taste. �This drink isn�t complex. �It isn�t subtle. �It isn�t polite. �You can be a girl, and this one will still put hair on your chest. �It is 80 proof, though, and it is darn tasty. �


So Dtoid...what are you drinking?
#Off-topic
Login to vote this up!