I'm only writing this for a forum badge.

9:25 PM on 04.06.2014 (server time)    0
Like many other gamers, I’ve recently jumped back in with an addictive action-RPG series. Unlike many other gamers, the game in question isn’t Dark Souls 2, but rather the Fable games. Hey, they’re addictive to me anyways. I loved the first game, loved the second, but like almost everybody else I was immensely disappointed by Fable III. Last month I bought Fable: Anniversary on a whim and after letting it sit unplayed for a week I finally dove into it, and instantly my addiction was back. After spending hours and hours doing everything possible in the game and wringing every drop I could from it, I decided to give Fable III another shot and finish off the achievements I had left dangling in it. I’d gotten every achievement in Fable II, Pub Games, and Anniversary, so III being left as “unfinished business” as it were now bothered me in a way.* 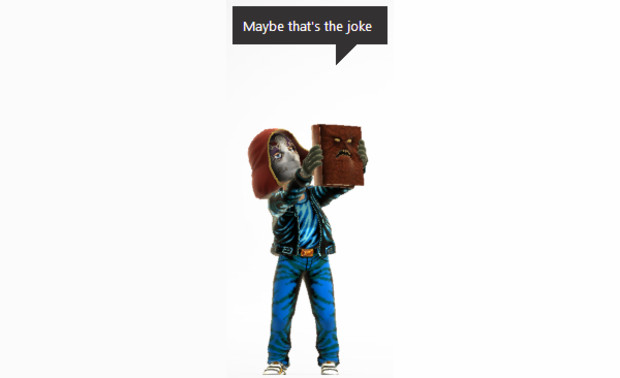 *I’m bothered by only having one achievement left in Fable Heroes as well, but getting a gold medal in every level is an incredible hassle to do and Heroes  is so incredibly milquetoast that there’s no draw to even try. Even a fanboy has limits.


**What’s up with there being absolutely no “save and quit” feature? You have to “save and continue” and then either just turn the system off or quit directly to the dashboard via the 360 guide. An odd interface choice.
Login to vote this up!

Howdy, here go the basics:
I'm Levi a.k.a. ZombiePlatypus.
I was born December 2nd, 1984.
I was raised in Virginia Beach, VA.
I currently live in Minnesota, it's not as nice but it works.
I dig video games. Who'd have thunk, eh?

low tech made this:

Systems I currently own-

I had the original PlayStation, but it's dead... I think.
Or maybe my brothers have it, I don't know.

I've never owned a Sega system.
I am the sole reason the Dreamcast failed. I apologize.