Drangleic: a long journey through a forgotten kingdom.

Fourty hours later, the Inheritor of the Throne stands tall atop Castle Drangleic, reminiscing of the challenges and perilous hazards left behind, prepared to rule with the four great Primal Souls in hand, until the time the evil presence which took over Queen Nashandra finds a new host with whom start it’s reign of pain and damnation anew. But, how does the journey of this Chosen Undead compare to the one of his predecessors? 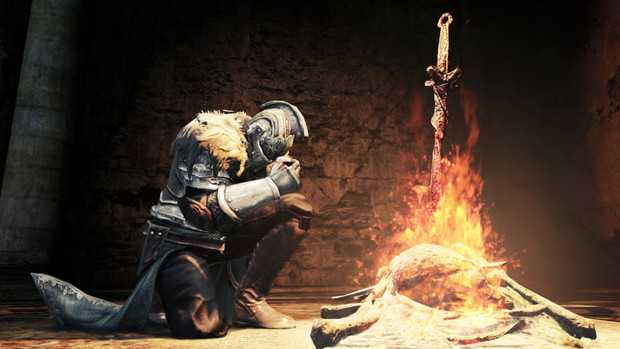 Overall, I had a good time on Drangleic, however, it also suffers from what happens to be a common ocurrence in the gaming medium: while the first game surprises with lots of new ideas, some of them are not well implemented until the sequel, which elevates everything good from the first installment into a very high tier (think Silent Hill, whose sequel is a whole new level compared to the original). Then, the third game on a series appears and… doesn’t advance things much. It’s refined, plays good, has better graphics, but feels more like an expansión pack that a true sequel. Luckily, we have a brand new generations of consoles on the rise, in which much can be done to surprise us again… at the very least, the concerns of From Software selling to mainstream crowd were entombed, and with the community sure to discover lots of interesting things to discuss in the near future, I’m sure to come back at a later date to this forgotten land (this time as a Sorcerer!), when it’s secret are shared to experience, and new information helps to appreciate details in another light. Praise the sun!
Login to vote this up!