What is Video Game Music?

5:06 AM on 03.06.2014 (server time)    0
Music is an integral part of modern video gaming, from the simplest of chiptunes to the most sweeping of orchestral scores, the music that accompanies a video game can either make or break it.

But video game music is a somewhat convoluted art. As video games themselves are still in their early years, there just isn't much language to surround how the medium works. Unlike film, visual art, theatre, dance or absolute music, there isn't a lexicon specifically built to deal with how video games interact with their player.  I wish to explore the medium of music in video games and really get into the depths of what makes an effective game soundtrack.

Throughout these blog posts there's going to be some musical terminology, but I'll try to keep it a straightforward as possible so it doesn't get too confusing.

So let's get into it! What in the darn heck is game music? 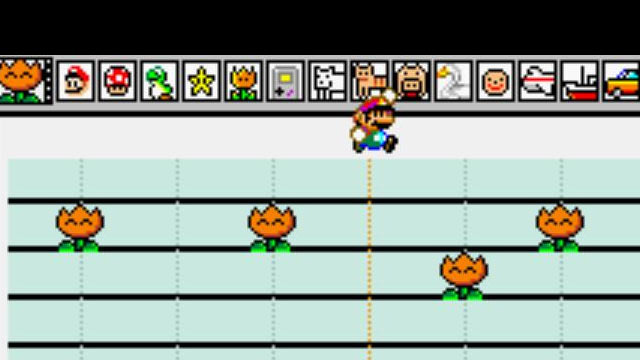 Video game music is more than a backing track to the action on screen. Composers spend hours upon hours deliberating every aspect of the music to make sure that it fits coherently into the world they are helping to create. But the interesting thing about Video Game Music is that it carries information. Like a health bar or hint marker, the music is there to give information to the player that pertains to the world with which they are interacting. This information, however is not the numerical stat boost or ammo count you would see on screen. It is information that is somewhat abstract and pertains to the peripherals of the game experience.

A lone djembe drum could describe a member of an african tribe, Sweeping strings could describe the mourning of a character lost, some fast paced drum n' bass conjures a stylish, hectic sci-fi battle. The possibilities are endless and every aspect of the music should add to the world of the video game. One of the most integral elements which can allow for the deep integration of music into video games is the use of themes.

Now, when you think of a video game theme, Super Mario Bros'  W1-1 or Skyrim's Dragonborn probably comes to mind, but it's not the memorability of a theme that makes it well crafted for a video game, it's development.  The aforementioned melodies do represent specific things within their respective games, and they represent them well, but they lack development.  A theme which is changed to mirror the in-game action or development would provide a dynamic emotional background to what the creators might want the player to feel at any particular moment. For an example of a well developed central theme, check out the Risk of Rain soundtrack by  Chris Christodoulou, or any of Howard Shore's scores for the Lord of the Rings movies. (You should check out Chris' commentary on the Risk of Rain Soundtrack)

The themes in these soundtracks are manipulated in various ways in order to make the entire musical experience dynamic and cohesive. In Howard Shore's work there are themes for just about every important aspect of the film, and whenever they are alluded to on screen, they make an appearance in the score in some way or another, guiding the audience's thoughts to more accurately understand what is happening on screen. These techniques of subtle guidance allow for interaction between the player and the game world to be amplified and allow for deep immersion. One game which takes sound in a drastically new direction is Proteus. David Kanaga built a very intricate and dynamic world of audio which is triggered from environmental responses to the players actions in the game. It creates a very delicate and interwoven soundscape, perfect for it's explorative and inquisitive nature.


(David Kanaga's dynamic score to a scene in Assassin's Creed)

But this all comes to a very fundamental question...why video games? why don't we just investigate the deep and intricate scores of films? or the finely tuned atmosphere's of theatre?
I believe that a game to player interaction on a 1 to 1 level can be deeply meaningful and engaging experience. Have you ever played a game with external music on, and the actions in game match up perfectly with whatever you're listening to? I believe that can be achieved in every single video game. Regardless of genre or mechanics, I believe that music can become more than a bonus in most games and a truly integral part of how games unfold and draw the player in. I'm going to be investigating particular games to see how they effectively integrate with the game world, and what makes their soundtracks so special. I'll also be looking at certain techniques and game mechanics which involve music to determine how they are affecting the world of game music. It's going to be one hell of a ride, and I hope you join me in finding out why game music is one of the most important musical developments of our time.

[Hey thanks for reading! This is my first article in hopefully a series of many. Feedback would be greatly appreciated as I want to make sure my writing can convey as much as it possibly can. I hope this initial post interests you and you come back next week for a look at a specific game, dissecting it's musical components!]
#General-Opinion/Editorial
Login to vote this up!

Hello I am Oscarno and welcome to a rad Video Game Music blog on Destructoid!

I'm way into Video Game Music, and with these blog posts, I hope to provide an investigation into and discussion about Video Game Music and how music affects video games as a creative medium.

I write weekly, usually posting on Thursdays. Most weeks will be OST Case Studies, looking a the music of a particular game and pulling it apart to find why it works so well. Sometimes, however, I'll just post a shorter opinion post or perhaps an article looking into other areas of Video Game Music.

If you wanna talk to me or follow me on Twitter ,you can.(but tbh it's pretty boring)


Also you can check out some of the music I make on my Soundcloud!