Everything I Learned about Life From Dark Souls

Now that the long-awaited sequel to Dark Souls is finally around the corner and the hype train is choo-choo-choosing to plow other nearby game releases out of the way, many members of the gaming community are starting to play through the original again, in some cases for the first time. People are starting to once again ask “What’s so great about Dark Souls?,” before jumping headlong into the game, dying repeatedly, and then in some cases simply rage-quitting altogether while veterans like me just laugh and remember our own sandpaper-on-eyes level of harsh beginnings.

For the few uninitiated, Dark Souls (DS) is a dark fantasy action-RPG designed to be as painful and unforgiving in its difficulty as possible. The weakest enemies can easily rip you a new asshole if your blocking, dodging, and parries aren’t perfectly timed, each area in the world is saturated with highly imaginary insta-kill traps and scenarios, and every major ‘boss’ has their name prominently displayed so you know exactly who’s about to take a nice, steaming shit on your lifeless corpse. Every aspect of the game and mechanics are bent on making you play as cautiously as possible, including potentially disastrous consequences for dying. 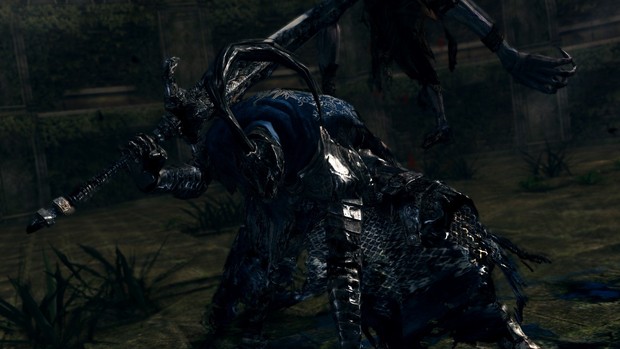 I happen to know that people as a general rule are pretty selfish and solipsistic, but even I can’t deny that we’d still be back in the Paleolithic era if mankind hadn’t ever figured out how to cooperate for the greater good. People are social creatures by their nature, and a truly joyful, purposeful life comes from embracing the community around you as an organism in itself, working together to build each other up, offer a hand when someone needs it, and generally learning how to love and care for others to your fullest. Sure, you can push through and find success on your own, maybe even abusing the help of others, but the path will certainly be exponentially harder, and in the end, you will in all likelihood be a far worse person than when you begin that harsh journey. And who could ever stand being a narcissistic monster like that?

[Mr. Popadopoulis writes for the fledgling gaming news site GamingDeath.com under the name Kaleb Medel. You can check his and his friends' other articles and stuff here.]
Login to vote this up!