Help me Dtoid PC Master Race, You're My Only Hope

8:59 AM on 03.03.2014 (server time)    0
OK, guys so here's the deal, straight up front this is a help request blog as my last resort after journeying thought the internet and not finding any help for my problem:

The good news is that I followed your advice and built a new PC to be able to finally play my Steam/HB library, the bad news is that I'm suffering from an annoying "The Nvidia Driver Stopped Working and Has Recovered" problem that keeps randomly crashing games and only games (seems to be a common problem with not one common fix and all the fixes I've tried have not worked.

The Rig in Question

The Fixes That Have Been Tried and Failed

has anyone else had this problem? how did you fix it?

The solution? you have to up the core voltage of the GPU.

The kicker? after going to the EVGA site, subscribing and downloading a special app to do it, the damn thing won't let me why? from the FAQ:

"Q. When I adjust voltage on my 600 series card, the value doesn’t stick! What do I do?

You can't make this shit up

NOTE: I take it this is a generic FAQ for the app since the site directed me to it after giving it my exact card model and OS so they're talking about the 500 series instead of the 600 series.

EDIT4: Seems we have a winner guys, despite seemingly not working I've had no crashes or problems since setting the voltage higher. Here's some pics to show what I mean:

1) These are the original settings the app showed, notice the voltage reading of 949 mv: 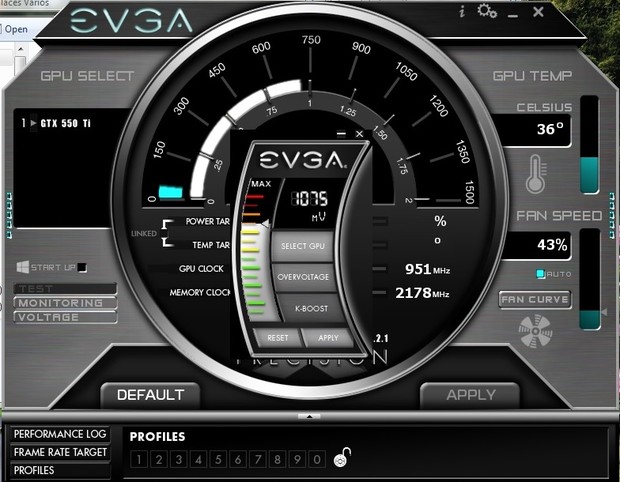 3)Funny thing after opening the "Voltage" option again the value showed remains "1050" so I decided to give it a try and play again to see if there was any issues and had no problems.

All seems fine so far so unless there's another crash I'll consider it fixed.  Thank you everyone
Login to vote this up!