The Past: The Fairy Boy From the Woods 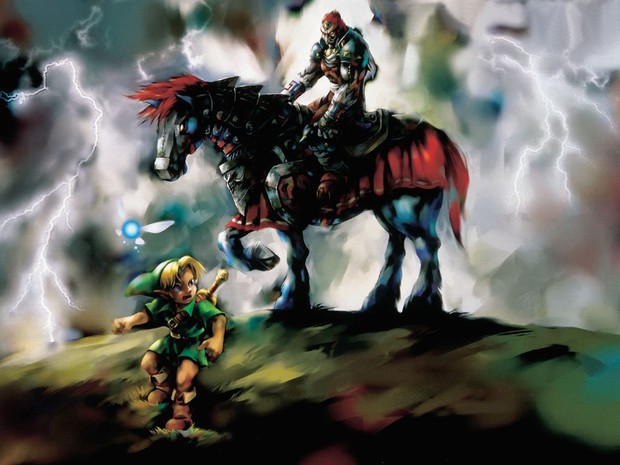 You see, school kind of sucked for me as a kid. Right before I entered the second grade, my parents enrolled me and my sister into a K-8 Catholic School (since they felt that it would help us get a better education), and I would stay there until I graduated the 8[sup]th[/sup] grade. I hated most (if not all) of my time there. Most of my classmates made fun of me because of my weight and my love of video games and all things nerdy, and would even spread rumors about me as the years went on, causing quite a few of the younger kids to be afraid of me. I didn�t have many friends, and the few I did have I would often drive away because of my increasingly hostile attitude (I�ll be the first to admit that I wasn�t an easy kid to get along with). Teachers would move or reassign students so as to not have them cause me trouble, which very rarely worked. Hell, one of the few happy moments of my time there was when I was elected Student Council President, only to find out later that many of my classmates voted for me because they either A)felt sorry for me, B) wanted me to fail, or C) didn�t like my opponent. �Add to the fact that my parents would always argue about me whenever I came home crying from school (which was a lot), and you can imagine that things weren�t exactly pleasant for me in my younger days. It was during this time that Ocarina of Time began to take on more significant role in my life, and it became more than just a game. It was my escape from a life that I wanted to run away; I guess you could call it my safety blanket. In Ocarina of Time, I was the one riding around Hyrule on Epona. I was the one wielding the Master Sword. I was strong and brave, things that I felt I wasn�t in the real world. In the game, I was somebody; I was the Hero of Time. And in those dark times, it was the one thing that kept me (somewhat) sane.

So far, this year hasn�t been one of my better ones. Some personal stuff has hit me and my family pretty hard, my job prospects aren�t going as well as I had hoped, and I�m turning twenty five years old this year, resulting in me questioning some of my life choices up to this point. Why am I telling you this, and what does it have to do with Ocarina of Time? Because of all the things that Ocarina of Time did for me when I was younger, the single most important thing that game did for me was this: it taught me that things are going to get better. They will always get better, no matter how dark they seem. And much like I made it through the Water Temple, I made it through grade school and junior high. I made it through high school (which didn�t suck as much as grade school and junior high, but still sucked). I made it through college and got my degree in Software Development (Major in Game Development). I can and will make it through this rough patch in my life as well. Games will come and go; what was considered classic years ago might be considered outdated now.� But for me, Ocarina of Time will always hold a special place in my heart for providing me a safe haven whenever things were at its darkest, and for inspiring me to follow my dream of becoming a world famous video game developer someday, nor should I ever give up on that dream, no matter how hard things got. Well that, and the fact that the game was also really good.