9:43 PM on 02.12.2014 (server time)    0
In a sentence that will surprise no one, I absolutely love Dark Souls. �It is my most played game of...ever. �On PC alone, I have put in 120 hours, after putting in nearly 200 on XBox. �I know that doesn�t sound like a lot compared to people who really like games like Civ 5 or Skyrim, but for me, that is some serious dedication. �So basically, I know a thing or two about the game, and hold it near and dear. �With that, I wanted to talk about the preorder bonuses that everyone has been ranting and raving about, and why they don�t matter. �At all.

1. �The Game Isn�t About Your Gear 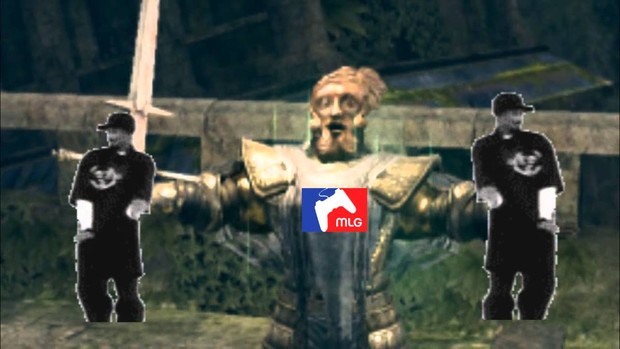 
I saw a lot of people say things along the lines of �but then people who pre ordered will have better gear to invade people with�. �Have you never played Dark Souls online? So many times I would make it to the Parish to be invaded by a player in full dragon form with a +5 lightning weapon. �The only time where this is a valid argument is if you played the game on the midnight release for the first four hours. �After that, you are going to have low level players with high level gear griefing those who know less about the game. �The speculation is that the pre order weapons will have less scalability into the mid game, which means that you should replace them after maybe four or five hours. �The good weapons will probably be maybe twelve hours in before someone figures it out? �After a week, there will be a guide on how to rush to the most overpowered weapon at level one, just to invade people at the start of the game. �There will be videos. �There will be indictments. �There will be Dark Souls.

4.Accessibility Doesn�t Suck and There is Some Custom Difficulty

I�ll go ahead and say it. �I believe it. �The first Dark Souls could have used some improvement. �Especially to make it more accessible. �You can�t play at the highest level until you understand equipment burdens, poise, and stability. �It could have stood to teach you more about kindling and reinforcing weapons. �Trying to beat the gargoyles with a +0 halberd and 5 estus was not fun for me. �The game was torture. �But it was pretty, and it was different, so I wanted to keep going with it. �If items like the pre order ones let people get a little bit further in than they would otherwise, if it lets them get hooked into the game, then so much the better. �On top of that, this in no way affects how you get to play the game. �If you want to start with a slightly worse weapon and impose some more strict guidelines, you have that ability! �I have been doing it since about playthrough 3, because otherwise the game is too easy, and too much the same. �Or you could go Diablo on it and beat the �too easy� version and go straight to NG+. �Or run and get yourself cursed early. �Turn off the HUD. �The game doesn�t hurt for challenge if you look for it.
#General-Opinion/Editorial
Login to vote this up!