The Past: The Marriage of Controller Design and Game Design 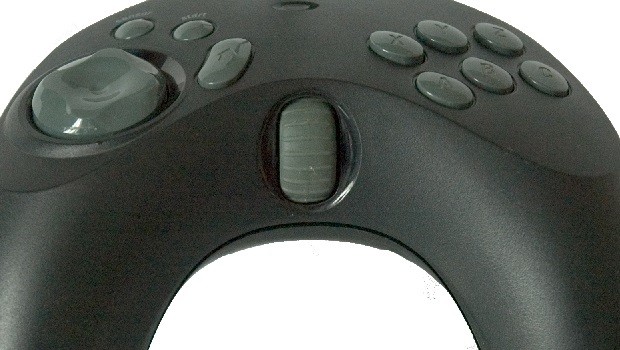 For some reason, the controller scroll wheel never really caught on.

When the idea of Nintendo "saving" gaming in 1985 with the Famicom and NES comes up, it is not uncommon to hear somebody mention that PC gaming never died and still exists to this day. While PC gaming has brought many innovations and continues to be one of the best platforms to game on, I would not want to trade away the contributions that consoles have brought to game design. Without standardized console controllers, many key innovations would not have caught on. The analog stick, never mind dual analog sticks, would not be as ubiquitous as it is today. Action games that require rapid use of many buttons would not exist, nor would games that require managing several shoulder buttons. For better or worse, gaming would be completely different. Even amid talk of mobile gaming gaining ground on traditional games, it's important to remember how important controller design has been for game design. Taking it a step further, standardized controllers that are well designed are one of the most important muses for any game creator. Knowing that a large number of people have this controller allows game designers to truly embrace the input device and make the most of what it brings to the table. Even the best mobile games make great use of the inputs available by default. Mobile games that try to play like console games work best with optional controllers that most people don't have, and suffer for it. I look forward to a future filled with new consoles, not just PCs and phones, precisely because of the power of standardized controllers. I look forward to seeing new innovations in the years to come that capture new audiences and bring new experiences. This has always been the greatest strength of the console market, and one of its strongest appeals to this day.
Login to vote this up!