How to get better at Street Fighter Part 2: Skill and Footsies

10:20 AM on 01.30.2014 (server time)    0
There's some pretty different ideas and opinions on what discerns the different levels of skill or play in Street Fighter depending on who you ask and what they value in terms of knowledge, execution, ability to adapt or analyze quickly, as well as how they perform under pressure. There are plenty of Gods of execution in the community who don't do that well or don't even participate in tournaments simply because being really great at only one aspect of the game doesn't carry you very far. Desk, one of my favorite guys in the community, has stated on a couple of occasions that he's played in tournaments before and done decently, but prefers and enjoys focusing more on game mechanics, exploits and what's possible within the boundaries of each game. 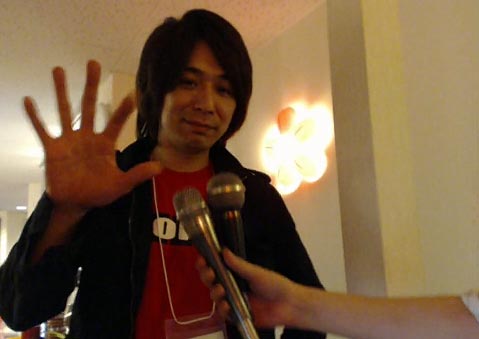 To be great in tournaments, and to a lesser extent, great at Street Fighter for local or online play, you need to be multifaceted and a jack of all trades. There are players who excel in one specific area or areas over other players, but in general they're able to win a majority of their matches because of the time, dedication, mental ability, and ultimately, love for their Street Fighter of choice because those things are pretty much a requirement for an entryway into high level play. I think of Street Fighter in terms of levels and how each player plays. Identifying that, and being able to recognize where on the plane of skill your opponents are at are ways of picking up techniques or things about the game you might not know very well or are just discovering for the first time. It's also good for recognizing how you should approach your opponent; should you respect them by not just trying to run them over with your play or should you enforce your style of play on the match in order to capitalize on an opponent who may not be able to deal well with it?

Playing a multitude of opponents with varying skill levels is, to me, a very good way of learning every aspect of the game. Lower level opponents might do things higher skilled opponents might not do at all because the risk factor may be too high, but if you never encounter them you might come across someone who stumbles onto that and exploits it. They might also do something completely by accident that could be applied to your game, but isn't something done too often, if at all. The one thing I can say about novices/noobs/scrubs/bad players is if they're resilient, they will develop a style of play around their limited skill after not too long. Some can be easy to figure out and overcome, but others might give you trouble and might end up beating you from time to time. Those are the players you want to play, the people who, with limited skill or knowledge, can still manage to beat you. They're frustrating at times because despite the skill gap, you know you might lose.

I've seen this a lot, and even run into it myself every now and then. People who 'turtle' or, defend the majority of the match only to time counteracts, are the ones I hear the most complaints about.

These guys have played long enough to figure out how to defend against the majority of the attacks in the game and know what's generally safe and what's generally punishable. They have very few openings because players who rely or build this game on this style very seldom make big mistakes that lead to obvious openings. However, they sometimes don't initiate an offense and it could be because of a lot of different things; maybe they don't have confidence in their execution, or maybe they're not sure of the match up. They could also be trying to frustrate you out of your style or game plan by simply creating no opportunities for you to punish. As someone who plays a very punish-heavy style, these opponents are sometimes hard for me to deal with. There are characters who generally do well while turtling, such as Guile, Remy, DeeJay, or really any charge character.

One thing I've come to realize about turtling is there are some very fundamental aspects to successful turtling that deserves a certain level of respect. For one, good turtles usually have footsies that range from solid to great.

Footsies is just a term for the spacing and timing of normals or in certain cases, other things like supers, focus attacks, or specials. A great example of this are Ryu players who, when not throwing hadokens or punishing jump ins with shoryus, walk forward while intermittently pressing cr.MK, or low forward. They're doing this for multiple reasons, some of which include preventing you from using forward dashes, advancing forward by walking, normals you're using to hit confirm into your own specials, or in certain instances, baiting you to counterattack it (SF2T is a good example of this). They could also be trying to force you to jump, as they may not have much in terms of footsies after you overcome their low forward or are trying to deter you from developing your ground game which, depending on your character, might be better or stronger than theirs. I've come to think of footsies in two different terms, which I'm borrowing from a guy who used this example for 3rd Strike, so shout out to that guy whose name I can't remember:

Close Normals (Blocked or hit normals) - normals that are within the range of a 100% chance of hitting your opponent for hit confirms or combos or that they block for pressure or chip damage if they come out. These normals are the ones you usually use in close range like a cr.LK, st.HP, close standing MK or forward+MP overheads. They're good up close and certain characters have better normals of this type than others. An example would be Ibuki vs. El Fuerte in SSF4. Ibuki's normals can cause a lot of pressure and can lead to some dangerous, high damage potential mix ups, while El Fuerte's normals aren't generally used in the same manner in most situations. Both play the same style of game plan (mix up or 50/50) though they have different methods of executing it. While Ibuki may have better close normals, El Fuerte has some pretty decent placed normals.

Placed Normals (Normals that hit from mid-range or whiff depending on what your opponent may or may not do) - these are normals that are some of my favorite, and can change the pace or style of a match. You'd use these for things like preventing players from dashing in or counter-poking an opponent's normal, for starters.

A favorite of mine in this instance (and I swear I was doing it before anyone thought she was even a good character) is Sakura's far standing HK in SF4. While it isn't cancelable or linkable (...though it might in very specific circumstances), it's great for punishing those shoto low forwards. It goes over most crouching normals and hits most crouching characters about face level while standing characters get hit from about the waist level. It's a good counter poke for shotos or people who just want to dash in or walk their way into close range. I'd use it a lot against Ryu and Zangief specifically because it stops the hadoken and low forward game from mid range and prevents Zangief from walking in, or trying to force me into the corner with his placed normals. There are counters to this poke, but it's a solid fundamental tool that forces players to adapt to it. This one aspect of the game will show you if your opponent is able to make adjustments and counter it, or if they struggle with dealing with it, allowing you to control the space and pace of the match.

Another aspect of placed normals is the cancel buffering properties certain placed normals have. Low forwards are great because you can cancel them into a multitude of specials or supers, as they're great hit confirms. As a result, you can throw one out and perform the special as if you'd expect it to hit and cancel anyway. It's beneficial because if the normal whiffs you're probably not going to get punished for it the first time (unless your opponent was expecting it or has crazy reaction speed) and the special won't come out. If you do connect the normal the special will proceed to come out and you'll begin to establish your ground game. My favorite example of this is in 3rd Strike, where you'll often see a crouching strong or forward whiff from just out of range in most matches. This serves two purposes; since dashes are really good in 3rd Strike, it will punish people who mistime or get predictable with their forward dashes, while it also punishes people might be trying to do the same with their placed normals as most low strongs or forwards can hit confirm into supers for great damage, giving you momentum, a knock down, and spacing, as most supers will send you towards the corner (where all characters die in 3rd Strike). It means you don't just get to used placed normals or dash in for free, so they become a double-edged sword in a game like 3rd Strike. They're effective in other SF titles too, as they're used to start characters without projectiles' ground game.

Footsies are a vital part of the game and learning how to utilize them to their fullest potential is the fastest path to evolving your game. Predicting a jump back from close range? Standing HK. Predicting a cross up? Lower your hitbox by doing a low forward. See a shoto whiff a low forward? Punish it with a sweep. You might not use every normal for every match, but certain normals are better in some match ups than they are in others. Grapplers usually get the full buffet of normals to keep them on their toes and prevent predictability. This falls into the zoning aspect, which the following video actually covers pretty nicely.

There's plenty more that goes into the category of footsies, such as baits and frame traps, but I'll cover those in the following entries. Next post I'll try not to tangent too much and cover the general ground game and how to go about establishing it and defending against it.

Final Note: As you can tell from the title and content of this post, I decided not to cover how to go about mixing up your offense and defense as midway through typing this up I came to realize that would be about 3 times longer than my previous post, which already was overwhelming to certain *cough* individuals. In an attempt to make this more palatable, I gave this section its own blog post in hopes that it wouldn't be too intimidating and it covers an area of the game I know a bunch of players are weak in. I'm going to ask on the forums as well, but if anyone reading this has questions or would like some more info concerning something they don't quite get or understand please feel free to leave a comment below and I'll try to cover it as best I can in the next entry.
Login to vote this up!