But that doesn't mean I've had enough, oh no.

The "Souls" series is one of my favourite new IPs to emerge this generation. I've been thoroughly engrossed by its horrific-yet-alluring, repressing-yet-beautiful world and its enigmatic denizens...not to mention all the grotesque evil things you can stab and set fire to!

Now, obviously a sequel to Dark Souls fills me with a childlike excitement and glee, but also some trepidation. Things are being shuffled about and tweaked in Dark Souls Ⅱ, as is natural for any sequel, though I'm paying particular attention to the shuffles and tweaks to the formula for the next game.

And so, like any good obsessive, possessive fanboy would, I have been scouring previews, interviews, videos and collating everything we know so far about Dark Souls Ⅱ to try and build myself a picture of how the game is turning out so far. 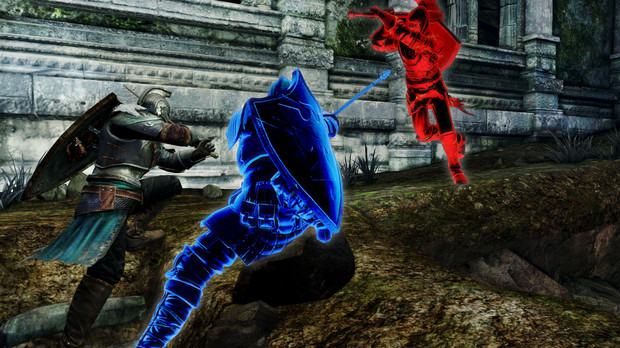 The fact that NPC enemies in the game will ignore invading players (even if attacked by them) in your world is annoying. It enables players to use dishonourable baiting tactics to lure you into an area full of creatures, or they can fire projectiles while standing safe amongst stationary enemies, both of which have happened to me several times.

I'm not sure if this was an oversight or intentional design choice, it seems strange for invading players to have such an advantage.

Thankfully, measures are being taken to balance PVP, for example the “hitbox” area on characters in which a back-stab can be performed is being reduced making it more difficult to pull off and there is also a covenant that the player can join which will summon a “Blue Sentinel” ally to assist whenever they are invaded.


Having seen all the recent trailers and screens, I can still safely say that my anticipation for Dark Souls Ⅱ is still somewhere between the “give it to me now!” and “why don't I have it yet?” stages, and, with just under two months to go until release, I look forward to more good news regarding the development.
Login to vote this up!