I did however have time to play some of them, and I've listed my Top Ten of 2013 below. These are not in order of my favorite to least, I just like to have everything in alphabetical order. The collector in my would have it no other way.

Now, on to the show! 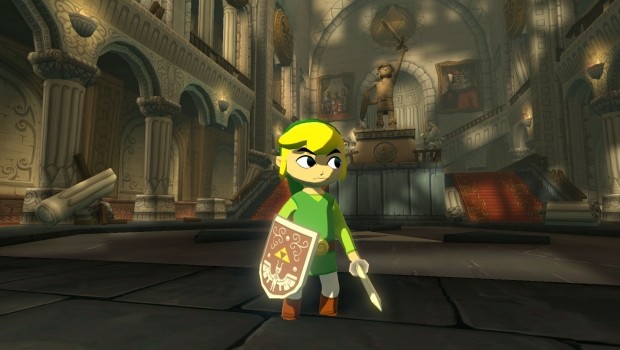 I had only ever played Wind Waker once before, it was on my Wii, a friend had loaned it to me. You see, when the GameCube was out I wasn't gaming, I had taken a break and was doing other things at the time, so when I found out that there would be an HD release of Wind Waker, I knew that it was finally time to jump back in and finish what I had barely started.

I remembered the game looking pretty�fantastic�when I had�initially�played it, I was not�prepared�however with just how different and amazing the game would look in HD. The entire world felt alive, the cel shading is absolutely gorgeous, it makes me wonder why more games aren't made in this fashion. Oh, and the gameplay and story? Yea, top notch, I can now see and understand why Wind Waker is such an admired and adored game.

So that's it I guess. 2013 was filled with an awful lot of Nintendo games for me. I swear that I do own other consoles, no really, I do! �Dragons Crown was a lot of fun, Tearaway is amazing, Y's Memories of Celceta is pretty great in it's own right and I even sort of enjoyed Bioshock Infinite, just clearly not as much as everyone else seems to...

Anyway, I can't wait to see what 2014 brings, the Wii U seems to finally be hitting it's stride, the Xbox One and PS4 have some simply amazing looking games coming and the 3DS is going to continue to be my go to system, hell even the Vita gave me reason to finally take the plunge.

Thanks for stopping by and Happy New Year! See you in 2014!
Login to vote this up!