Every Steam developer/publisher needs to live up to Monaco 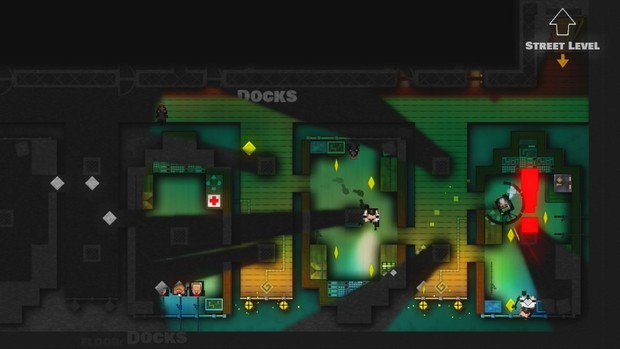 Now, Monaco isn't the only game that works this way; in fact, there's a huge list of games that can run with or without Steam, and some can be "turned" DRM-free the same exact way. The difference here is that Pocketwatch Games has actually advertised it. They've actually gone out of their way to let people know that the game can indeed be run without Steam if desired. This is something that I don't think ANY other developer/publisher, Indie or otherwise, has ever done (at least to my knowledge), and I really hope it continues. I would absolutely love it if some kind of notification existed somewhere on a game's Steam store page to let people know that Steam isn't actually required to play it after the initial download.

Steam's DRM is easily cracked; I defy anyone to name a single, non-free-to-play Steam game that wasn't cracked and put online for "free" within 24-48 hours of it's legal public availability. No such game exists. Yet, here we have a game that's been getting rave reviews, and the developer actually used Steam the way it's supposed to be used: without any restrictions, but with all the features that PC gamers have come to expect from a Steamworks title. What's more is that they're not afraid to do it. They've stepped out into the light to let people know how the game was made, and to make sure people actually feel like they own what they've paid for.

(EDIT: Apparently, the team behind Mercenary Kings did the same thing, and advertised on their Kickstarter that it would be a DRM-free Steam game. I was glad to buy this game after knowing that.)

Ladies and gentlemen, THIS is how you treat your customers. THIS is how you make a Steam game: all of the positives with NONE of the negatives. I hope Pocketwatch Games continues to be successful, because something tells me that they're one of the only developers around right now that really, truly gets how PC gaming should work.
#PersonalBlog
Login to vote this up!