Game Challenges with Friends: My one birthday tournament 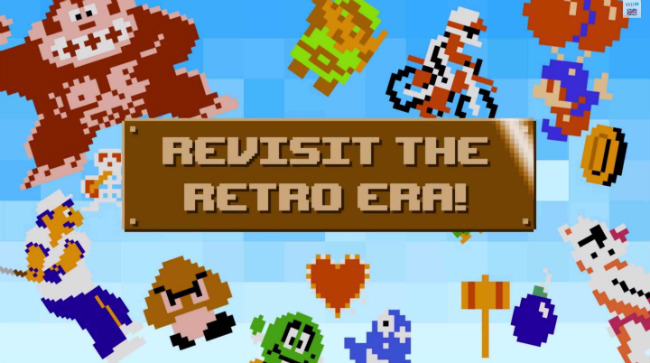 In an attempt to sort my feeling over Nintendo's surprise release of NES Remix, I reflect on some fun memories of game challenges and friends.

When I was a kid, I went to my cousin's sleepover party for her birthday. We each had a choice of activity or movie that we could rent to watch. My choice was The Wizard. I believe it was lair on in the night when I finally got to watch my movie and most of the other kids were either in other rooms playing or asleep. So, I sat in the den with my legs crossed indian style and I stared into the longest video game infomercial. It was a glorious movie, however. It was full of game footage from stuff I played or dreamed of playing. It featured a Power Glove, which seemed all but legend to me; etched in the annals of a Sears Christmas catalog. And then, at the end of the movie I witnessed my first video game tournament.

On my 25th birthday, I held a video game tournament. That was the one night I had the most fun with my collection of games. I squeezed 30 people into my one bedroom apartment on the Westbank of New Orleans. Then, I paired my guests up regardless of skill or even whether they held a controller before or not. It was a throwback to my high school days of holding parties. Co-workers from my job at a print shop, volunteers from the Lesbian and Gay Community Center of New Orleans, old friends just getting caught up helped me celebrate the passing of time. It was a night fueled by vodka, rum, whisky and red beans. And, the music that pealed from my second story balcony were cries of, "no fair" or "hooray!"

Earlier on in the day, I pooled together a bunch of games from my collection from various consoles and genres. Each of them had some form of multiplayer. So, I could conjure up challenges that would make any game seem competitive. My guests would had to square off in Street Fighter Alpha 3 on the Dreamcast. They would have to go head to head in the sewers of Mario Bros. in Super Mario Bros. 3 on the SNES. I thought of so many ways for my guests to race or beat each other up in all of the classics. The whole contest was completely random guided only by the whim of a poster board and a black permanent marker.

It was at this time that I was reminded of all the video game tournaments I knew before. My earliest memory was from a childhood movie, The Wizard. Then, I remembered game shows like Nick Arcade, Legends of the Hidden Temple, and Where in the World is Carmen Sandiego. In each case, kids from all walks of life met each other on a digital battlefield to be immortalized in televised glory. More often than not, the host was flamboyant and dramatic. He could be in line with Chairman Kaga of Iron Chef. A simple declaration like "eggs" would be voiced in a howling "TAMAGO!" It was that same howling in The Wizard that announced to the world, "Super Mario Bros. 3!" And so my persona for the night was chosen.

My gaming setup was not to be envied. We played most of the games on a 13" TV and VHS combo. Still, the true excitement of the evening came from showmanship and the luck of a draw. "And now for the next gaming battle," I reached into a bag full of paper slips, "Soul Calibur II!" I boldly pit my boss from work against one of the kids from my youth group that I facilitated at the Center. My boss protested, he never played any of these games before. He lost. We all laughed. A $50 gift card to Best Buy went to that kid.

I think about that night and other gamer gatherings usually when mini-game collections or retro game challenges get released. The appeal for me for these games comes from the same source as that night, showmanship and luck of the draw. It's the stuff that makes Warioware such an uproarious classic. And yes, perhaps games like NES Remix strip down those elements to negative effects. At the same time, I'm also reminded of something my dad told me before I even got my first SNES. Games aren't really meant to be played alone. True, there are many quality single player experiences. Perhaps, though, it's best if we use games more for social interaction. After all, what is the point of performing feats of digital derring-do if no one is around to see it?
Login to vote this up!