How Persona 3 made me tear up a little.

5:13 AM on 12.09.2013 (server time)    0
I finally got around to finishing Persona 3 Fes[t]. Outside of the members of SEES, the characters were a bit more shallow than those in 4, but at the same time, less overtly optimistic. Some characters remained relatively unchanged after spending a year around you, far from the profound revelations more common in 4. The characters ended up feeling more real by the end, and it got me thinking. There are minor spoilers ahead. 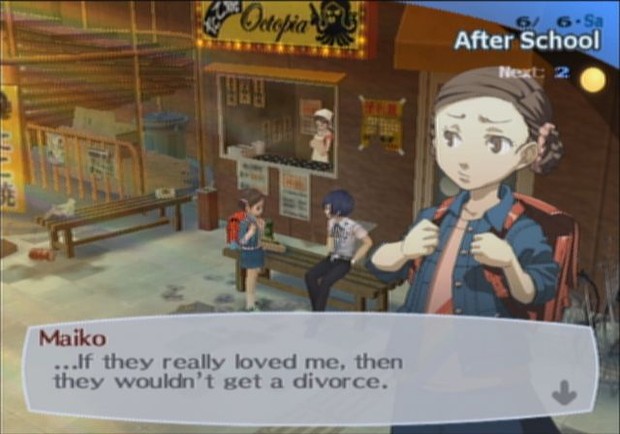 One might ask how this is any different from the commonly employed cinematic trope of listing short blurbs about the events in each major character's life following a movie's conclusion. Part of it is the time it takes to get there: every relationship developed in the game was on a slow boil for however many hours it takes to beat the game (minus randomly generated dungeon crawling). A larger part of it was that these relationships developed because of what you did and said. This is what video games do that other media simply can't. It's not just a matter of player agency, the emotions evoked because of that agency are unique. You can feel with the characters, rather than for them.

Now as I am about to graduate, my little brother is heading off to university for computer science, my sister is starting law school, and I've just gotten back in touch with some old friends. It's all very bittersweet, leading to several nameless emotions only felt in life or in games.
Login to vote this up!