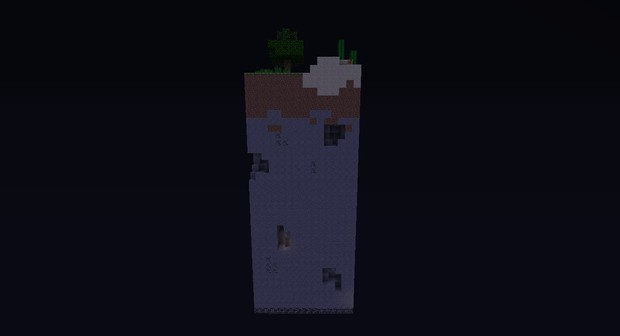 
So this explains why it is so comforting to me when the games let me know what is around me.  Minecraft is a fantastic example.  Every single structure is actually made up of blocks.  You start on grass, but you can see the feet of dirt, stone, and eventually bedrock beneath you, and even if you find a gap in the bedrock, you just fall into the core of the earth and die.  It almost makes sense in that regard.  Terraria uses the same system, so it is also nice to see that other people share my odd phobia.  As far as the people, there have been some fairly good advances in this as well!  Most zombie games at least recognize that humans are made up of 4 limbs, a torso, and a head with a brain.  Sniper Elite even goes a step further and fills in the remaining organs and bones, and even shows how people die as your bullets rip through their organs.  The entry and exit wounds leave something to be desired, but remember what I was saying above about reality?  Bloody gaping wounds followed by muffled screaming?  Not fun.  There are also the new Mortal Kombat games which used the XRay system to show the damage that was done.  Was it exclusive to a QTE?  Sure.  But it helped to...flesh out the world.

I was musing on this a bit, and I realized that only modern games have this problem.  See, back in the good old days of the NES and SNES, a few bricks were reserved for the ground.  Mario had a brick and a half beneath his feet.  Even if, for some reason, he jumped super hard, he would still have a lot of brick to go through.  Even Simon Belmont had a good block beneath his feet most of the time.

I know I’m crazy, but does anybody else share this kind of paranoia?
Login to vote this up!