A short tribute to The Super Mario Bros. Super Show 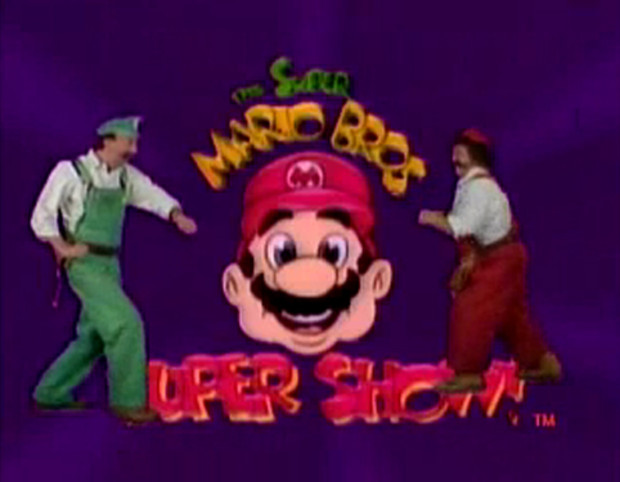 In 2009, the gaming world lost Captain Lou Albano, the wrestler-turned-actor who played Mario in The Super Mario Bros. Super Show. It was really sad for me in particular, because I had met Albano a few times when I lived in New York. He always came to my elementary school to do fundraisers and hang out with the kids.

Last week, the other half of the most famous duo in gaming left us. Danny Wells, who portrayed Luigi alongside Albano, passed away at the age of 72. As one website points out, this passing ironically occurred during Nintendo's Year of Luigi.

As sad as these two deaths were/are, I found myself doing the same thing today as I did four years ago: I reminisced about the Super Show. I was absolutely obsessed with video games when I was a kid (not much has changed), and this half-hour TV program made me smile every time it came on. It only lasted for one season, but reruns were aired for years after its cancellation, and I watched them all; it didn't matter how many times I'd already seen a particular episode. Heck, I still have every one of them recorded on VHS tapes and stored in a closet in my basement.

The show consisted of a live-action segment, starring Albano and Wells, and an animated story, in which the two actors lent their voices for their cartoon counterparts. The live-action segments had absolutely nothing to do with the games or cartoons, and was kind of a mini-sitcom that detailed the lives of the two plumbers. And they actually were plumbers, for once!

A lot of celebrities would appear on the Super Show, since celebrities got the big ratings. Even Sgt. Slaughter, another wrestler that Albano had appeared with in the ring, made a guest appearance in one episode. I liked to watch wrestling when I was a kid, so that particular story was a real treat for me.

The jokes were corny, the acting wasn't all that good, and the laugh track was really obvious to even a child, but all of it put together felt like pure magic. It was Nintendo without having to actually sit down and play anything; a production that didn't cost the price of an NES game to enjoy. It gave me a reason to look forward to sitting down on the couch after school. I never got tired of seeing which guest would appear on the Super Show that day, and what antics and arguments the brothers would get into. Would Luigi cause Mario to become invisible, needing to rely on the magician, Blackstone, to restore him to normal? Would the famous wrestler, Captain Lou Albano, make an appearance, always conveniently when Mario wasn't in the room? I loved every second of the cheesiness.

Lou Albano and Danny Wells provided me with some of my fondest childhood memories. I'll never forget that time in my life, when I didn't have a care in the world, and Mario and Luigi were always there to greet me when I got home from school.

Once again, everybody, let's pour one out for our Super Mario Bros. And, as always, do The Mario.
#PersonalBlog
Login to vote this up!