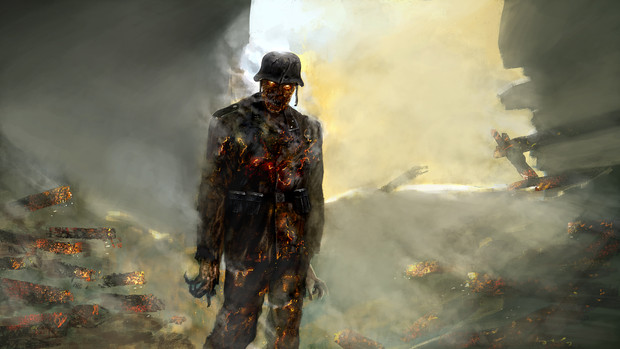 The atmosphere remains more or less the same as the first game, but they did add in a few unsettling moments into the game.  A few points really reminded me of the FEAR series.  Wait, scratch that, just FEAR and Extraction Point.  You know...the good ones.  It is amusing having played SEV2 seeing how often they recycled the assets of the levels to change them around to fit the zombie theme.  Sometimes they are well hidden, other times they are wholesale rip offs, but overall it still has more charm than budget.  I really would like to see more developers taking note of how they are doing this for future projects similar to SENZA or Blood Dragon.  High in charm, and I assume low in work, as models already existed.  With all that said, however, the game seems to have lost some of the charm. I can’t put my finger on it, but something about it just doesn’t feel like the same bad B movie feeling.  It plays it too straight or something.

So, at the end of the day, it really is more of the same from the first game.  If you liked that, I would say that you would enjoy most of the sequel.  If the first game just wasn’t your jam though, this offers absolutely nothing new or redeeming.  And if you are on the fence...well, wait until it is on sale, grab some friends, grab some beers, and make a night of it.  There are only 5 levels, and each level is only about 40 minutes long on average, so it is a pretty short romp.  There are collectibles, but I never find those rewarding.  After beating the game solo, I do look back on it fondly, and if anyone was getting a group together to four man this bad boy, I would be first to reinstall it.

OH!  Also!  I recorded my entire playthrough of the series!  First video for SENZA is here:

First for SENZA 2 is here:

Watch if you want!
#CommunityReviews
Login to vote this up!