The blog that will pierce the heavens! 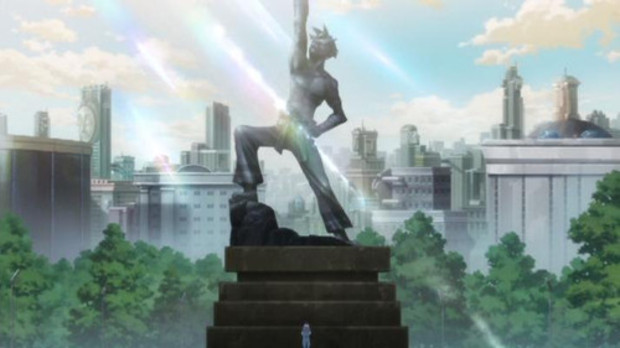 How are we all, ladies and gents of C-Blogs? I, for one, am enjoying a splendid night in, as I just finished watching Tengen Toppa Gurren Lagann (whew!). I know, I know, I'm unfortunately late to this particular bandwagon, and I'd always had a lingering interest in this anime. Unfortunately, for a while, I could never get past the first few episodes. But, with this vast amount of free time that has opened itself up to me recently, I decided to delve right into the universe on drills inside drills inside drills inside drills. Terrific decision, too, as I find myself in awe of the quality of this anime. It's full of classic overdone Japan stereotypes, but it makes sense this time(power is actually granted by having fighting spirit now!), fused with lovely mechas and some beautifully galactic visuals. Man, if you've been avoiding this show like I had been, please! Your life will benefit from it. 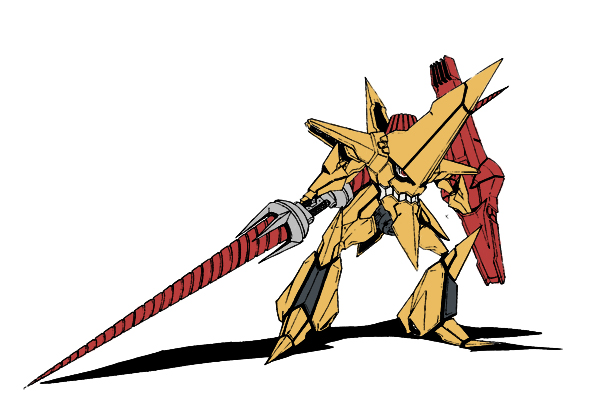 Space King Kittan is easily one of my favourites in this show. 'Dat design, fuarrk, so pretty!

On a vidjagaims related note now, I've have been sadly avoiding delving further into Final Fantasy X. For a good reason, though, I just bought Pokemon X and Wind Waker HD! It wasn't even a choice, really, when 2 of my favourite franchises release in the same month, I've gotta clear some space. Nevertheless, I've no regrets for it.

Pokemon X has definitely lived up to the hype for me, and I've been blazing through it like every other generation beforehand. I really like Gen 5, one of the reasons being that they made the decision to leave out previous generations until the post-game, which was incredible refreshing. It was like I was first getting into Pokemon again, exploring a new region with nothing but new faces. That feeling was really great and all, but I really had a case of, to quote Joni Mitchell, 'you don't know what you've got 'till it's gone', as GameFreak's inclusion of a massive Pokedex into the game blew me away. It was spending that extra time searching the many types of grass (also a neat inclusion!) to find every last Pokemon they managed to stuff into the route that hooked me.

And now, approaching end-game, I feel great. I usually plan a team before the game's release, but this time I paraded blindly into the abyss, picking up and keeping who I loved, who contributed to the team's strength. Right now, we're sitting anxiously at the entrance to Victory Road with a Greninja, Charizard, Goodra, Scrafty, Magnezone and Aurorus, and they've all put in to get us to this point magnificently. I'm breezing through it pretty fast, which is a good and bad thing really, most likely due to my intense capturing sessions. That was also a pretty cool inclusion, gaining experience on capture of a Pokemon, but kind of made an easy game somewhat easier...

Nonetheless, loving it, and again would recommend on to others.

And then there's good old Wind Waker. Unfortunately, I haven't been able to explore Hyrule's seas as much as I would like to as of yet, due to Pokemon reasons. But I can safely say that it's great so far. I just beat the Forsaken Fortress, and those god-damned pigs with pole-arms still make me shit 10000 bricks every time they are alerted. It's good to see none of that ol' Nintendo charm rub off with time. Game still looks like a bun out of the oven, even at wise old age of 10, as well.

I'll bring you more of my fun-times extra-hyper heaven-piercing adventures in the future, so thanks for reading! 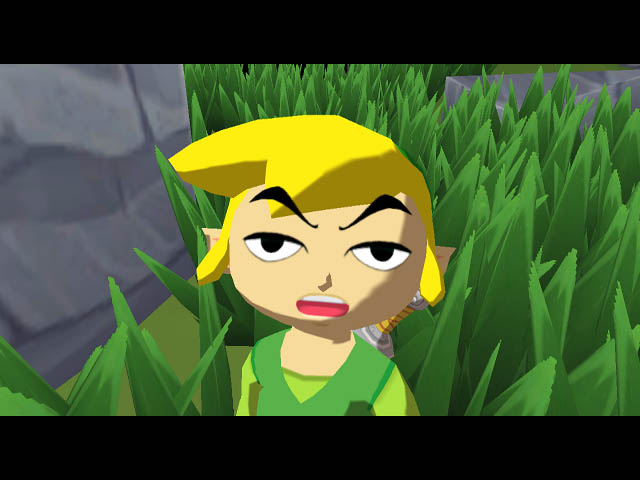 I like retro and retro inspired games. I also like new games too! What a crazy guy I must be.