I will be marathoning tomorrow for Extra Life.

The eve of G3 is upon me, and you as well if you choose to join me. This year I have chosen to support the University of Mississippi's Batson Children's Hospital. I'm focused on spending most of Saturday October 26th with you lovely people (and even some of Sunday as well if you'll have me) in an attempt to raise as much as possible to help any children that become ill.

To do so, I have set up a raffle, a video stream and most importantly, a donation page to raise funds for the hospital.

G3 Gaming and Giving for Good

Like I said, this event will be raising funds for the University of Mississippi's Batson Children's Hospital. As with every year, I chose one hospital at random. I probably will never need their services as I don't even live in the state. The reason I chose random hospitals is because it doesn't really matter which one I chose specifically. Helping Kids regardless of location should be the goal for all of us.

My G3 Page is here

I will be playing a number of games on October 26th, 2013 to raise support. We'll get to the games in just a second. 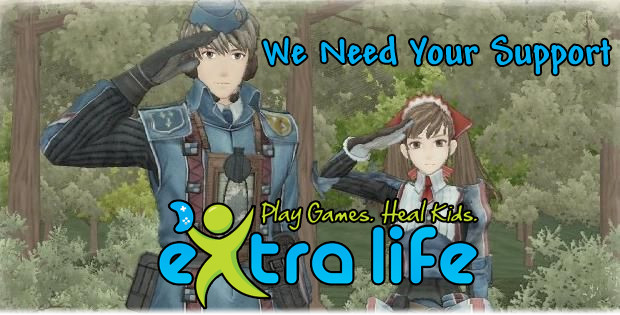