Three underrated games that i loved this generation.

7:58 AM on 10.15.2013 (server time)    0
I wiped and packed up my xbox 360 yesterday. With the next generation of games consoles mere weeks away it seemed like a good time to trade it in for some store credit, but before clearing the HDD and putting it back in its box, i took a little time to look over my gaming history and achievements.�

As i did so it occurred to me that many of my favourite games came and went without much fanfare or critical acclaim, and that i seem to be in a very unvocal minority when it comes to championing them on forums and the like. So i would like to take another shot at rectifying this as i take a look back at what i consider to be some of the most under-appreciated computer games of the current times. 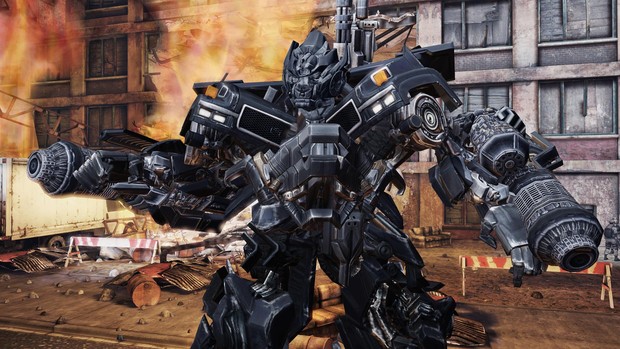 High Moon's Cybertron series rightly gets all the plaudits, but Dark of the Moon did more to impart fond memories of the film-versions of the likes of Mirage, Ironhide, Soundwave and Ratchet than the films managed.

Of course, there is still a little life left in the current generation. I have decided to keep my PS3 and could not be looking forward to Batman: Arkham Origins any more. To get in the mood i recently went back to the Asylum to clear up the remaining challenge maps.�

On my way home from worth the other day i stopped at the bakery, and noticed in the lead-up to Halloween they were selling bat-shaped gingerbread biscuits. I don't really like gingerbread, but bought a couple anyway, thinking they might inspire me.�

I was sitting at home, playing the Rumble in the Jungle Extreme combat map and fondling one of the biscuits, sort of like Christian Bale did his first batarang, when my girlfriend came home and asked what i was doing and why i was eating a biscuit i had claimed not to like.�

I told her: 'Ginger frightens me. It's time my enemies shared my bread.' and threw it at the wall, where it smashed.

Unfortunately she didn't get it, and my amazing movie reference was wasted... much like �the fragmented biscuit i had to hoover up.
Login to vote this up!