GTA Online: Not with a bang but a whimper

9:50 PM on 10.05.2013 (server time)    0
Before anyone says this I'm not writing this just to complain. This is just a gamer and long time GTA fan (who isn't) being critical one something that could have been amazing. 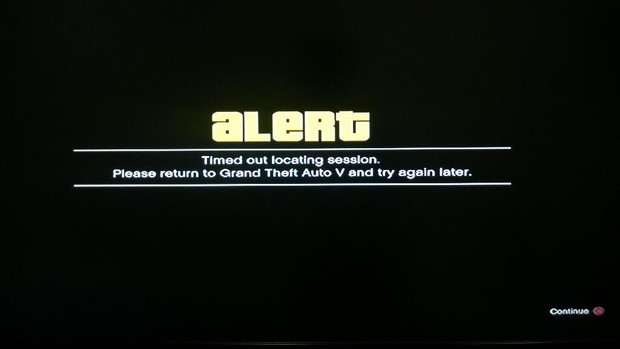 GTA V/Online was supposed to come through and be the ultimate GTA experience but this one is coming off flat to me as an overall product. I wasn't to excited for GTA after the huge disappoint IV was for me.  Truth be told I purchased the game mainly for GTA online but since that wasn't immediately available I played through the offline game.

Offline the game was a fun time but lacking to me. But first praise. I loved the main characters! They were a fun bunch i enjoyed playing as. The heist were fucking amazing! I haven't been that excited playing a action title in a long time. It felt like I was truly pulling off movie heist in-game. I'm so glad they fixed the driving and the god awful friends constantly calling you.

But with all that said I feel like so much of the game was missing. Their was basically no building interiors. Aside from the few interior levels for missions, safe houses, and the stores. Also the lack of customization for your character physical appearance and clothing was annoying. The clothing selection was so tiny I stopped caring and the haircuts sucked for the most part. On top of it all i really hate they took away my ability to rob stores or kill NPCs in stores. I know it's small but I want to be able to cause chaos wherever I want in game. The single player was a mixed bag for me but the online was supposed to be the greatest thing ever.

And the game launched not with a bang but a whimper. I mean I expected bugs but Jesus. I knew problems were on the horizon when they said it would be a two week wait and heard nothing of a large scale beta. It's no excuse for them to not have tested this on a larger scale. Did they really expect to do this with them doing an in office lan party? I would have hoped they learned from the time they had with RDR & GTA IV Online. But it's like they went backwards.

But I expected day one to be a shit storm but things got better before they got worse. The second day was awesome. Myself and many others were able to get online and actually play. The game is a blast when it works. I can't express how much fun i've had chasing people or being chased by people. But even that fun can't outweigh the problems with the game. Missions pay next to nothing, everything is incredibly expensive, it feels like the game is being set up to be pay to win, and putting money in the bank does nothing to protect it. I have basically lost all my money from dicking around with friends and randomly getting gunned down by random players. bug or not this is frustrating. But the worse of it all has to be the characters being wiped. I've had multiple characters wiped. My most recent one was level 11 and the game wiped him. Then they brought him back after I made a replacement. Now the game is confused and has my rank a level 3 and I can't get any missions. It's infuriating to have all my time and effort wasted because of this. It's almost to the point I don't want to play the game any more. I really hope R* get everything ironed out asap!

But that's just my experience. I'd love to see how others feel about the game


(Edit) I also have to mention R* has been terrible with keeping consumers updated on this matter. Every response is a canned response and it's becoming tiresome. Even running around in the game isn't fun anymore because I'm constantly worried my progress will be wiped and it makes the game feel pointless. I knew there would be bugs but Jesus this is maddening. The worst of it all is R* is doing nothing to make me feel confident in them. Patches come out and fix nothing, cloud servers go down and 100s of characters are deleted, and still thousands are stranded on the outside hoping to get in. Stuff like this is why I buy games less and less. They release games knowing full well there will be issues but don't take the time to try and fix them. Rockstar held the game back for months to give it more polish. Then added another two weeks for GTA Online and it's still in shambles.

I was losing interest in GTA as a series before 5 and this pretty much sealed it for me I'm not buying the next GTA. They stripped the single player down and then make the most appealing feature (for me at least) an unplayable mess that punishes you for playing. I'm still pissed at all of my money being taken out of the bank for random deaths and the god awful payment you get form missions is killing me. I'm seriously getting fed up with this game.
Login to vote this up!