10:27 PM on 09.29.2013 (server time)    0
So I've been off the blogging thing again for a bit. More or less life has been stressing me out and I don't like to bring that in to too much of my writing. Its one of those times where I feel pretty alienated even by family because they just can't bring themselves to listen. And I know where they got from. I remember the days as a kid where I watched my grandmother just browbeat my father over every choice he made in life at lunch and dinner,

Well, now its my turn, let's just leave it at that. Add to this that there are other people in my life trying and pushing to "fix" me and it annoys the shit out of me. If people would just give me space and stay out of my way, I could do what needs to be done and things would get bettet - it just seems like no one is willing to budge and choose to get in my way.

Largely because of that, I have turned to Final Fantasy VIII because I am totally there with Squall Leonheart right now in my most introverted state. I need to crawl my way out and find hope in humanity again - even if humanity can still be annoying and stupid at times. It ebbs and flows.� 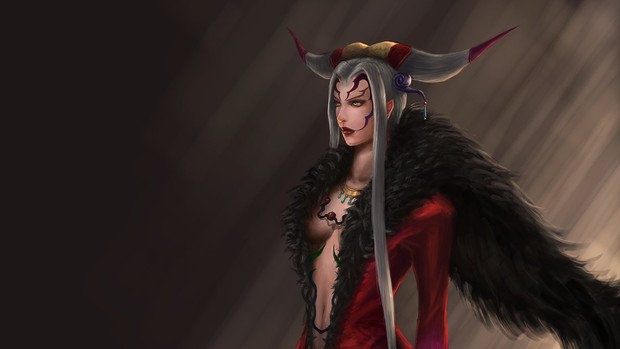 That aside, it probably has one of my favorite soundtracks and even that has its� mysteries. Turns out it took some time, familiarity with Latin etymology and some number-crunching to figure out the lyrics to what was originally just known as "Fithos Lusec Wecos Vinosec." Even that title (alternately known as "Liberi Fatali") was a puzzle - an anagram for "Succession of the Witches" and "love." which were two big themes of the game.

FFVIII is just a rabbit hole and still leaves you wondering how far it actually goes.

Its all helping me get my mind off the crappy stuff, that's for sure and that feels pretty good. I'll probably have some more thoughts about my replay as I get closer to finishing it.