Backlog Alphabet: B is for Borderlands, E is for Elder Scrolls

8:37 PM on 09.23.2013 (server time)    0
In my next look at games that have been rotting in the oubliette of my Steam backlog, we have the last of the Borderlands 2 DLC, and the start of some Skyrim DLC!  I was incredibly happy to be done with Borderlands because there are many games that I wanted to get started on!  Unfortunately, they are blocked by the twin gatekeepers of Skyrim and Fallout: New Vegas.  Fortunately, I have half beaten both of those games!  Unfortunately, there are a few other games before I get to ones I really am excited for.  Fortunately, they come with a free frogurt, which unfortunately has toppings with
potassium benzoate. Lets get started! 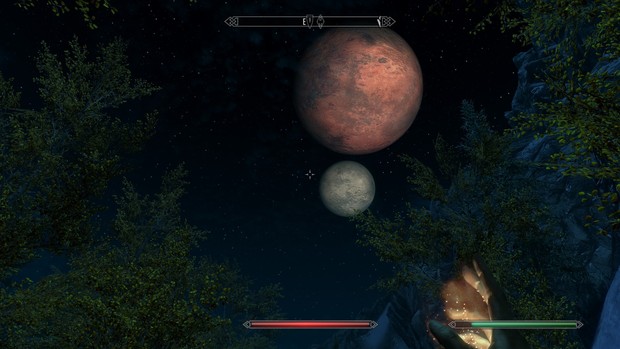 The companion that you get, while helpful, desperately needs about three hundred more lines of combat dialog.  Every encounter she says one of three dialogues, and after the three hundredth troll, it begins to get a little old.  Her slowing ice magic was a nice compliment to my inability to run, so I guess it all kind of works out.

I also had to read up online on the effects of quest items.  Apparently quest items have no weight, despite their weight value, but I spent about an hour trying to figure out how to discard my 60 pounds of Elder Scrolls without using an ‘infinite carrying weight’ mod.  I gained the ability to summon a dragon, but instructions were unclear, so I have yet to do so.  Really, this is the full Elder Scrolls experience, odd designs and all, but if you like the original, more of the same is definitely nice.
#General-Opinion/Editorial
Login to vote this up!