9:17 AM on 09.18.2013 (server time)    0
During an intense struggle against boredom last spring, I visited my local Gamestop to pick up something to play. Since no new games were out that I was interested in, I figured I'd go back and play one of the many games on my �critically acclaimed but I never played it� list. So, I picked up Assassin's Creed II for cheap.

I enjoyed the first Assassin's Creed game in spite of its many issues with pacing, control, and poor mission variety. The story and setting of the franchise fascinated me but Assassin's Creed 1 was not a very good game. I heard that the sequel was better, and those reports were 100% correct. Over the course of 2012 I played every Assassin's Creed title, got very involved into the lore, and even attempted to get all the Achievements in the game. I would say that so far, Assassin's Creed is my favorite video game franchise of this current generation. 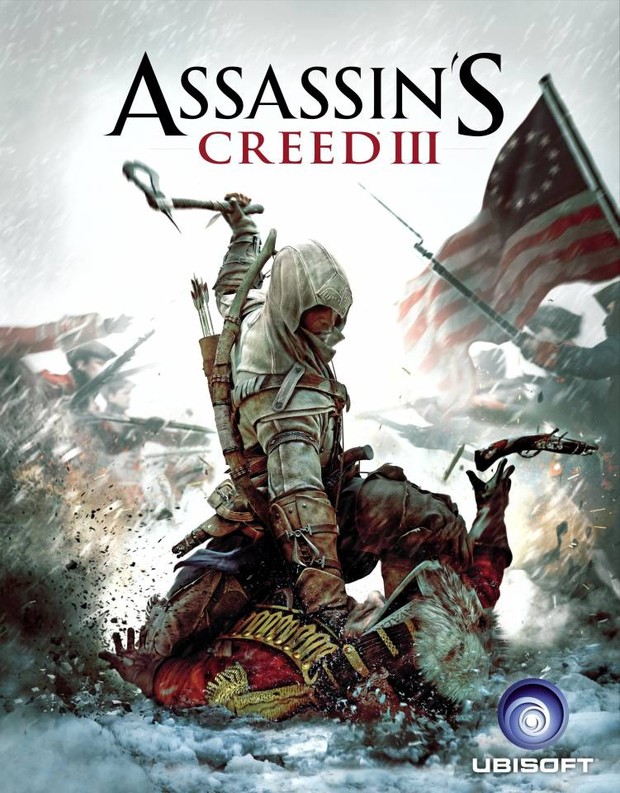 Initially, I wanted to play and beat every game in this franchise in the same year. I finished Revelations in August 2012 and waited patiently for III. I avoided most preview materials to cut down on spoilers, and all I really knew was that it would take place in America. Sounds cool.

So in November I rented Assassin's Creed III and played through Haytham's prologue in a few days. I was extremely unimpressed. At launch, the game was glitchy as hell. I would frequently fly off into space during random jumps, clip through people, vocal/musical cues would stop working, the AI was idiotic, and I had two hard freezes. Not only that, but the prologue was just boring. I knew I wasn't playing as the protagonist and couldn't force myself to care about Haytham's story. I spent that part of the game just waiting for it to truly start. So I finished the prologue and returned the game to Redbox after two days, not wanting to play it any more.

At launch, I couldn't justify paying $60 for a glitchy game with bad controls. I waited until July 2013 for a good sale and gave it another shot from the beginning.

After playing through the game a few more times, I've grown to appreciate the prologue with Haytham. This is because Haytham is FAR more interesting than the actual protagonist in the game. He's certainly evil, but Haytham and the Templars in this game actually have motivations that are more subtle than �blow up the world�.

What I really enjoyed about the story is that it shows the shades of gray in both the Assassins and Templars. The Assassins want everyone to be free but are accomplishing it with murder. Connor isn't a clear-cut hero because he does many things for selfish reasons and is short-tempered and na�ve. In fact, Connor is significantly less likable than Ezio for more reasons than that. He doesn't seem to have much agency in his life and is just being pulled from conflict to conflict. His duties as an Assassin are consistently clouded and ignored due to his desire to drop everything and save his tribe. He also has none of Ezio's charm or humor.

The speeches given to Connor by the major Templars he slays makes him appear even less heroic. The post-death in this series were always a little silly because the majority of Templars were gloating villains, but in Assassin's Creed III very few people are fully evil or fully good, including the seemingly heroic Assassins.

Connor's story has a bittersweet, but satisfying end after one of the most climatic and cool �boss� confrontations in the entire franchise. The same cannot be said for the end of Desmond's story in the real world. It rarely makes sense, is anticlimatic, and has a truly egregious sequel hook. Say what you will about Mass Effect 3. Bioware had a clear vision of how they would end the series and did so.

Ubisoft continues to make Assassin's Creed go on further, get more confusing, and push the conclusion further out of sight. Assassin's Creed games have to come out annually, so they're afraid of wrapping up the plot because they can't monetize it anymore if they do so. I felt for the first time in III that I had been had. I played through a pretty significant arc to see how they would handle the �end of the world� scenario and so far all I have is �we'll solve it later�.

The gameplay in Assassin's Creed III is almost as bad as the first game. I could go over the little things like removing the "walk and talk" feature where you automatically walk with a group you're blending with, or how the HUD doesn't label how to use some of your items, or the Notoriety system being busted, but there's no time. Let's just hit the two big ones.

Free Running. It has been simplified for the worse here. You hold the right trigger to jog or depress it fully to sprint at full speed. Also, you are in "climbing mode" whenever you have the trigger held down.

In previous games, you sprinted with Right Trigger and went into "climbing mode" by pressing a different button. It was more complicated, but it also cut down on the amount of incidents where you accidentally climbed a thing that you didn't want to. Because you're ALWAYS in "climbing mode" while sprinting in Assassin's Creed III, there is much more room for error. And holy crap did I run into a lot of errors. I frequently would climb structures I didn't want to, jump off buildings to my death accidentally, and lose targets around corners because Connor decided it was more important to run up some scaffolding than chase his target.

Combat. This is actually an area that I felt was improved. The counter system has been reworked, so when an enemy is about to attack you hit the marked "Counter" button. Time freezes, and you can choose to either disarm, throw, or instantly kill them. Due to the time freezing mechanic, the combat in general feels much easier. They ramp it up by throwing a truly absurd amount of enemies at you, and varying their types. Some enemies must be disarmed before you can kill them, some are more vulnerable to punches than swords, and some of them will draw guns and shoot at you, forcing you to act quickly before you take a ton of damage. Combat is one area that I generally consider better in Assassin's Creed III.

I love that fist fight music too.

In Brotherhood and Revelations, one of the most enjoyable things to do was to call in your recruited Assassins. You whistle and wave your hand, and they materialize out of nowhere to stealth kill your target.

In III, you don't gain the ability to call in Recruits for a long time. You have to do a large amount of poorly designed sidequests to get them, and when you do, they're not very good. They have very low stamina and WILL be knocked out if you call them in a fight with two or more guards. It's nice that they are now only temporarily knocked out instead of killed permanently like previous games, but they are so fragile that it's not worth calling them. There are a few special commands to issue them like "Marksman" that works as a screen nuke or "Covert Escort" that allows you to sneak undetected into certain areas. The problem is that these skills are absolutely not useful. Marksman and Assassinate are for killing a small handful of guards, but the others either don't work as advertised or end up getting your recruits injured.

In the end, it's better to kill guards by yourself because Connor is so powerful. The recruits are little more than meatshields, even if you bother to use them enough to raise their levels.

Stealth. This game introduces more stealth elements on top of the old "hide in a haystack to escape" element. There are short bushes and shrubbery to hide in, and non-lethal stealth kills to lower your chances of detection. This is to support some truly awful stealth sections in this game. There are too many missions where you must tail a target without them seeing you, because if they do see you, the mission is over and you have to sit through an overly long load time to try it again. You have more options to hide because guards are much more vigilant in this game, sometimes initiating a chase against you if you were simply standing in the wrong place for too long. That is one of the larger issues in the game: being chased so often and for seemingly no reason. And despite the inclusion of more hiding spots, chases last much longer than they need to and can put you miles away from a mission you were about to start.

Economy. I don't want to spend too much time on this, because it's too much to speak about. The economy in this game is much more confusing and pointless than the previous games. You earn money by crafting and selling items with the worst user interface ever. You use this money to buy upgrades for your ship to do optional missions. If you don't enjoy the ship combat, then you have no reason to do this because there's nothing else to buy. Purchasing weapons is pointless because they don't vary combat significantly, and it is definitely possible to complete the game with your default weapons because combat is so easy.

The attempt to add complexity with the economy completely backfired because they made it too complex to the point that it's not enjoyable to use. The poorly designed menus and fact that there is nothing decent to buy only pours more salt onto the wound.


Sums up Assassin's Creed III very well. Doesn't explain how to complete it, isn't fun, and gives you a pitiful reward.

I could go into the numerous glitches I experienced while playing Assassin's Creed III, but those don't ruin the game. What did was the overly complex HUD, poor mission variety, frequent loading times, uninteresting story, and sequel baiting ending. I enjoy playing Assassin's Creed II, Brotherhood, and Revelations all the way through, but there are a few pockets of boredom in them.

Assassin's Creed III is mostly boredom, a large chunk of frustration, and contains a few nuggets of fun gameplay. It went from a series that is possibly my favorite of this generation to one I don't look forward to anymore. What I've seen of Assassin's Creed IV seems that they improved the beloved ship combat mechanic and left everything else with the game alone. Will they get rid of the glitches? Will the Current Era storyline be wrapped up at all? Will the missions not be incredibly boring and contain "mess up one thing and you fail and sit through a long loading time" fail states?

I don't know anymore and I don't think I care. I have no faith in this franchise being able to produce a good game again as long as the current cycle of "turn one out every year" continues. People complain about an annual franchise like Call of Duty getting stagnant, but stagnation is preferable to releasing a game that is not only stagnant, but significantly less enjoyable than the last.
#General-Opinion/Editorial
Login to vote this up!