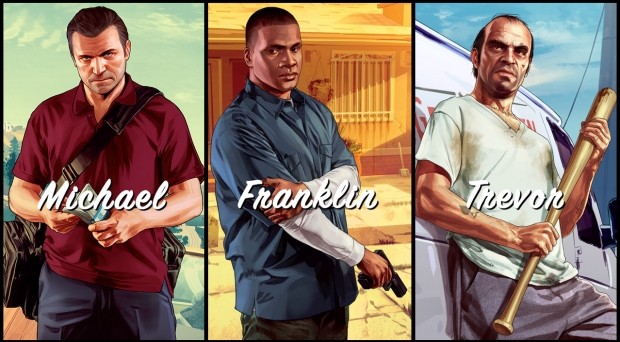 Visually the game looks great, like A Sunday Afternoon on the Island of La Grande Jatte. It's not hyper realistic, but the game is not going for that. It's going for a different look that still looks mature in it's own right; something that still looks like GTA. Like Angelina Jolie, but without the 15 kids. You'll start to wonder how Rockstar managed to squeeze so much juice from their respective consoles. The little buggers still have some fight in them don't they? If you have a pc, well you won't have to wonder that because you're on a fucking pc.

There were about 200 songs in GTA 4. There are now close to 240 songs across fifteen stations in this one. The tunes are great. Remember how eclectic the music was in the last game yet were catchy enough that you actually liked them? Yeah, they have those songs in this one, but they also have more mainstream songs, too. Maybe you'll hear a song that you haven't heard in a while, as well. I'm sure there is something for all the music lovers out there. The soundtrack overall was dope, yo. Badderthanthem badderthanthem badderthanthem.

How can I describe the multiplayer? I wish I hired some sort of poet or etymologist because none of the words in my vocabulary can do this game justice(Batman). Do you remember the first time you went to school? When you finally had to leave your mom or dad and go to this... this place all by yourself. That weird feeling of being with other kids that you didn't know; in lines; in the playground? That pungent smell when waiting in line for lunch? Then, when school was over, being happy, only to find out you have to keep coming back? Yeah, I do, too. This has nothing to do with the game but I just wanted to know if you guys went through that. Also, I just made another paragraph.