It's raining, it's nearly midnight: let's talk about Persona 4.

10:08 PM on 09.12.2013 (server time)    0
It's been raining for a few days, non-stop, in my little corner of Colorado. The flooding is so bad that I had to build a dam. The fog has already begun to set in, and it's supposedly going to continue through the weekend. It puts me in the mood to stare at a TV screen at midnight, and maybe write about an RPG series I have only recently had the pleasure of experiencing. Spoilers ahead for Persona 4. 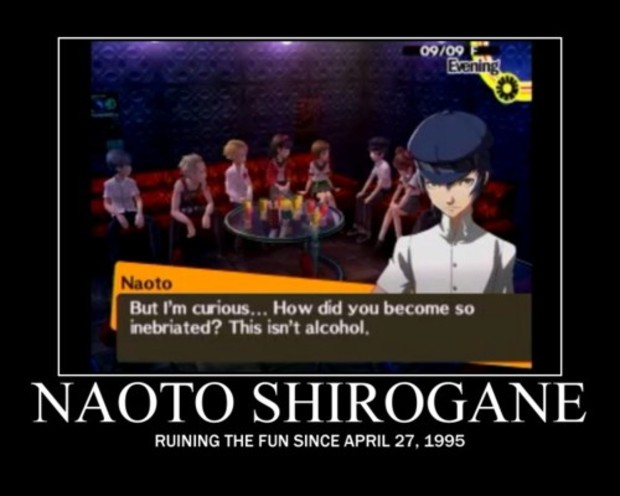 ...some of them are just not interesting (more on that later).

The game has me awash in opinions, too many for one post, so I'll be blathering on and on about it for some time, there's a lot to be said for and against it. That aside, Persona 4 Golden has me going to Vita land, and once I play that, I'm sure there will be even more to say (starting with the inconsistency of Atlus's voice acting direction; "Inaba" is pronounced three different ways throughout the game, come on guys). If you haven't played one of these games, do yourself a favor, especially if you like or used to like JRPGs.
Login to vote this up!