3:34 AM on 09.10.2013 (server time)    0
I think it is safe to say that everyone wants a Darkwing Duck game, and why not? The setting alone has the potential to be good. You have likely heard this version before, but a Darkwing Duck game that plays like the Batman Arkham series. This would be excellent, but the thing with Darkwing Duck is that he is not much of a fighter. What would it take to make a great Darkwing Duck game? With the success of DuckTales remastered, I think it would be smart to release a remake of the NES game first. This would set up Darkwing Duck to those that did not grow up watching the show. Then, if successful, I think it would be time to tackle the big objective of a great game. Make St. Canard open world. The world of St. Canard is big in itself. In the center of St. Canard has towering buildings that the entire area will see. This would allow for some great missions. If it were up to me, the start of the game would start small. The S.H.U.S.H organization has a new invention that would detect crime happing at that exact moment. This would allow Darkwing Duck to go the crime scene to try to stop the crime or investigate what happened. This would allow for puzzles for Darkwing to solve. He will use the gadgets he made at his disposal; this is where the Arkham influence would kick in. 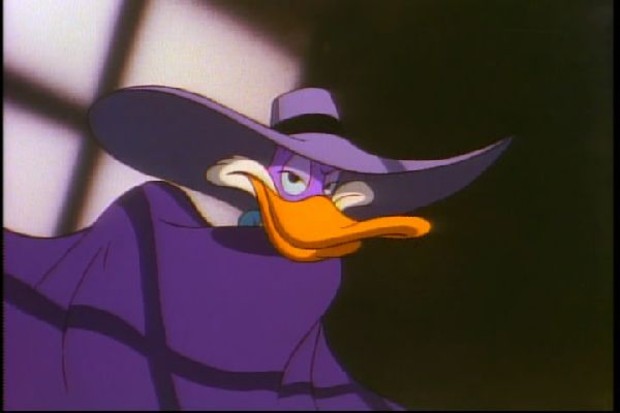 I AM DARKWING DUCK

I do not want this to be dark and moody like in the Arkham games. The reason why Arkham games works like that because it fits with the tone of Batman. In Darkwing Duck, I would like a more colorful world. The hardest part about this game is getting the voices. I would love to see everyone come back as his or her respective roles, assuming they are still alive. The one thing that must happen is that Jim Cummings must return as Darkwing Duck and Negaduck.

What I want out of a Darkwing Duck game is something that is fun and stays true to the original series.
Login to vote this up!