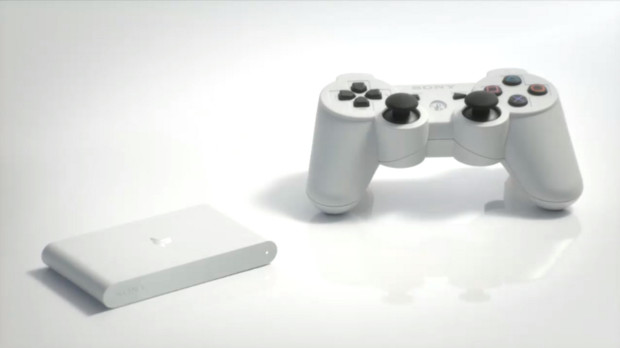 The PS Vita Tv is basically a Vita without buttons and screens. It will be able to play Psone classics, PSP and Vita games. At first, it sounds like an incredible bad idea, but when you start thinking about it, it can just be the greatest idea ever, one that will only help Sony and the Vita. Why? well, because several things.

First, it will come in two flavors, vanilla and gaming ready. The 100USD (approximate values) one is just the Vita TV, and it will allow video streaming services like Netflix and Hulu, and probably any other video service available for Vita. It is unknown if it comes with a simple remote (which it should, but unknown if will). It is cheap and perfect for people who only wants a stream device. Also, if you already have a PS3 you can just sync your Dualshock 3, put a Vita game and play. It comes with 1GB of memory for saves or the small downloaded title. So anyone wanting a cheap way to play that Vita game you wanted but can't justify the 200USD of the Vita. Or if you just want to use Netflix on that other TV.

The second flavor, priced 150USD comes with 8GB and a DS3 is the perfect cheap console. It have enough space for games, specially the non-retail ones and PSone classics, and yet it allow for Vita and PSP games, giving it a huge catalog of games from the start. And still works for Netflix. So if you want a cheap console that do streaming stuff, the Vita TV makes sense. It have an extensive backlog of great titles, and if you are into indies, it have a lot of already released indies and more to come.

Not only that, it will allow Remote Play with the PS4. So you can have the PS4 in your bedroom, for example and Vita TV on the living room. So when friends come over, no need to move around and deal with cables. Plug the Vita TV and play away. Not only that, you can play Vita games on big screen and show your friends. And it is small enough to just go to a friend's house with it and play with him.

Sure, some stuff need to be sorted. Touch controls will be relegated to pressing L3 and R3(and I am guessing R2 and L2, buttons that aren't available on Vita) to simulate the touch controls. But probably many future games will come with full Dualshcok 3 support (and probably the DS4 when it launches) resolving those issues. And I hope Sony put even a small remote with it for streaming purposes. It will not work as well if you ask a DS3 to be used for stream only people.

Also, the memory cards are still too high priced. A second round of price cuts would help move devices to people wanting a cheap console and don't mind it almost be download only. If Sony can solve the controller issue and the price of its proprietary media, people interested would rise.

All that put OUYA and Gamestick (and any similar device) in a rough position. Those devices don't have the great game catalog Sony has to offer, and Sony is actively hunting great indies for it. Sony also have its own exclusives to push, and the Vita TV is not more expensive than the OUYA, but promises a way better device with way better games from the start. So I can see anyone who wants a cheaper device with a known brand preferring a Vita TV instead of the avalanche of Android consoles.

Another factor that will decide the Vita TV success is how Sony market it. Well done market could get people who only are interested in streaming on board, but also getting people who don't want a portable but want to try some Vita titles on board. And with a bigger user base, the Vita will very well get more games, meaning a win-win to everyone.

So, I believe the Vita TV have a great chance of success. All depending on marketing and support. Everything else is already there, so I am greatly interested to see how it goes.
#General-Opinion/Editorial
Login to vote this up!