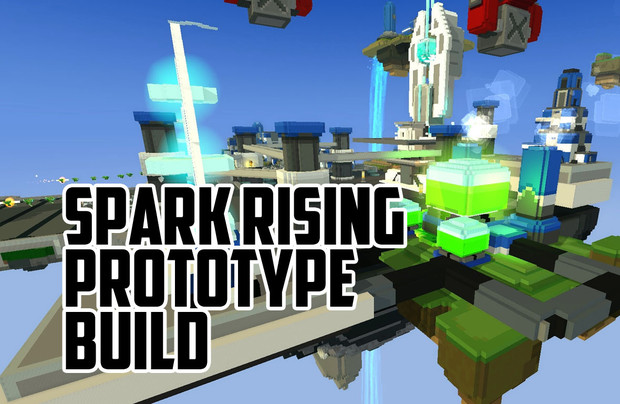 So my indie team at Wicked Loot continue to crank away at our next game, Spark Rising, which is a build and battle sandbox game. Build environments, fortresses, weapons, and then battle mechs, aliens, zombies, or whatever. You create it so the imagination can take you places.

We just released a prototype build of the game. Version .01. And I'd love some feedback!

Basically, I'd like to know what you think of the art style, environment design, etc. Since we're using a voxel game engine, there's a distinct cubed look to everything. We went with colored cubes which allows for more dramatic lighting and particle effects.

So a couple of notes:

[ul]
[li]While there's a distinct sci fi theme to the environment, eventually you'll battle in other environments against all sorts of creatures.[/li]
[li]You can only fly around right now. No interaction with environment.[/li]
[li]If you want to leave feedback, you can either do so here, or in our forums![/li]
[/ul]
#PersonalBlog
Login to vote this up!