12:28 PM on 09.05.2013 (server time)    0
There's a growing threat on the horizon, and recent events have made it all the more apparent. I'm not talking about DLC, Freemium or anything like that. This has to do with the future of videogames as a both a hobby and a cultural presence. There's a lot of text ahead. I implore you, stay awhile and listen.

The largest problem facing video game culture, as well as nerds, geeks, or whatever tag you prefer is a looming threat of exclusion. From game content and design to social celebrations of the medium, the situation is demanding attention. The most recent example were the comments made by Mike Krahulik of Penny Arcade regarding the decision to pull Dickwolf merchandise from PAX Prime. He said that he regretted the decision, which drew outrage from many because the merchandise had originally been pulled because it made some fans uncomfortable. Regardless of what you think of the joke (The actual joke was the insensitivity of the RPG heroes, but PA latched on to the wrong part of it) or that humor should be all or nothing (It should) or that the rape joke was tasteless (Not funny and tasteless) the real problem with the statement is that it declares that Krahulik has no interest in all his fans being comfortable at the expo they helped create. 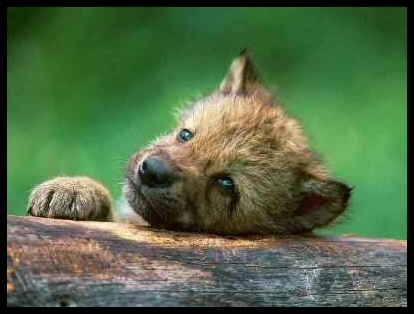 The joke is not at the heart of the issue here. It has nothing to do with the discussion. Throw it in the gutter where terrible jokes belong. The problem is that Penny Arcade did not apologize for the joke, recognize the mistake and leave it alone. Instead, this tasteless side joke became a disturbed banner and undying presence. Krahulik continued to latch onto the dickwolves concept for whatever bizarre reasons in defiance to the lamentations of many fans. The fact is Krahulik's lament is more or less a statement that he would prefer the chance to sell some merchandise as to ensuring that all of the show attendees feel comfortable. This is coming from someone that claims to champion board games, video games, and the other passions of geek culture. As annoying as the label is, geek culture is a thing that spawned from passionate fans of pastimes that were rejected by the mainstream. I can absolutely speak to being that "weird kid that plays video games." Hell, I still do on my lunch breaks at work while the other people are socializing. Video games, comic books, tabletop RPGs and anime were long the refuge of the ostracized. These hobbies were the cause of many folks being excluded from various social circles where they were made unwelcome through direct and indirect means. Geek culture owes its existence to finding like minded individuals who loved the same things, and found inclusion with those who enjoyed the ostracized hobbies.

Have you ever experienced that discomfort at trying to be part of a group that rejects you because of who you are, or is willing to make you feel out of place and uncomfortable, even though you would really like to be a part? Have you ever experienced something that brought back memories of the worst times in your life while others around you laughed it off? I feel this way when I watch TV shows or consume other media that makes light of having cancer. I lost a dear friend to it in a process that was so painful and emotional that I simply have no tolerance for jokes on that subject because it reminds me of the unhappiest days of my life. I recognize that those jokes should not be off limits, but any creator who wants to employ cancer as a laugh button is directly choosing to exclude me and others like me from their audience. Is it worth it, when there is so much more widely accessible subject matter for great jokes? If you want to see a gag about the hilarious insensitivity of RPG heroes, there are dozens of other brilliant, unoffensive takes on the idea out there.One joke is not worth making others feel terrible about their pasts, especially when those people want to be your fans or part of the same culture.

There is almost undoubtedly a subject out there that makes each and every one of us feel uncomfortable, scared, afraid, or ashamed. Everyone that is a part of geek culture has likely been rejected somewhere, somehow because of who they are, and we are our pasts.�I wonder if everyone reading this has their own subject that makes them recoil from things they might otherwise enjoy?�If so, why would you ever think to impose that same anxiety, discomfort, fear and rejection on people who want to enjoy the same hobbies you do? Why would you reject a fan for the sake of a laugh? If you do this, congratulations are in order, you have become everything you hate!


There is no justifiable reason to exclude someone from a hobby because they do not share traits that are irrelevant to said hobby. Your sense of humor should have nothing to do with other people sharing your love of video games. They may not like the same games you do, or as much as you do, but we have nothing to gain from this exclusionary behavior and everything to lose. That's less customers to support an industry that is struggling through a serious identity crisis right now. That's less potential opponents for competitive multiplayer, and less potential allies for competitive and cooperative games alike. That's less developers who will have new and original ideas to invent genres and concepts we have yet to see. There are absolutely no negatives to having videogames be both a more accessible pastime and industry for all, regardless of identity and personal history. This issue crosses over into far more areas than a demographic that does not like rape jokes, at this moment it is the largest hurdle that video games have to contend. We have seen the different faces of this issue rise across the spectrum of the pastime.

Tropes against Women in video games is highlighting a symptom of this exclusion, that not all groups are equally represented in the content of videogames. This is no surprise given that the audience has yet to fully open its own borders because it was built on those finding their own cultural identity and safe haven. There is a bizzare elitism which seeks to use any and all weapons available to keep videogames from growing its audience, something the medium needs to survive. Many fans of videogames have become bizzare, rabid creatures that seek to maintain some insane sort of deluded purity about who should be allowed to play video games and this insipid hatred shows up in every discussion that should be a legitimate exchange and instantly poisons both sides. What should have been an open discussion over the art designs in Dragon's Crown and how that was innately limiting the audience due to design choices instead turned into an internet flame war where even the enthusiast press and other game studios were slinging inane remarks at one another in a bluster war that made no sense and accomplished absolutely nothing. 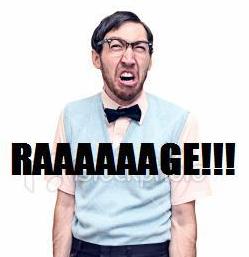 Instead, we should have just realized that "This game has that. I wanted to play it, but don't like that. Maybe I should nicely tell the creator that I wanted to like that game, but I can't because X. Maybe next time Game 2 could not have X?" This entire argument and related debates are all part of the same overall issue as the dickwolves fiasco. We are back to a lack of inclusion, and that is what will hold videogames, comic books, and everything else back until we, as the fans and consumers encourage all facets to be more inclusive. We love our hobbies, but we should endeavor to make them more accessible to others, rather than hide them away from natural light like a room of creepy dolls.

Perspective is everything when it comes to inclusion, and I have learned this over the past few years in an extremely eye opening way. I started dating a wonderful woman four years ago, and we were married a year ago this coming weekend. We have fully inducted each other into our hobbies and they are now things we share together, and watching her grow to love videogames has really been a treat for me, but has also opened my eyes to excluding nature of a very disturbed segment of videogame players. I have seen other players in MMOs harass her or stalk her character disregarding the fact I play all of these games with her. I have seen the inane taunting and derogatory comments in competitive multiplayer trying to force her out of the hobby. Nothing opens your eyes up to a problem like seeing someone that you care for deeply suffer from it. At the same time, I realize that it is not something we can change overnight. I still use words and phrases I shouldn't, learned from a lifetime of 'gamer' culture, but I am working at banishing them from my vocabulary. I am trying to take more time in buying titles that are open to both of us, and look for experiences that actively encourage us both to play how we want. It has come to define the value I can find in a new game.

This entire prospect also highlights one simple truth that we should all take to heart. In a big way, videogames started as a hobby for those who rejected or were rejected by mainstream culture in their own way and identified as nerds or other such labels, and were often bullied for merely being passionate about a love for video games. I know I was bullied for it, growing up. Dodging monsters and traps doesn't translate to dodging fists. That is why we, the consumers of videogames, comic books, movies, tabletop games and all the other such hobbies need to be better than those that ostracized us. Social games, mobile games, MMOs and the Marvel movies have opened up our pastimes to new audiences and we need to encourage them to join us. We need to think before prioritizing cheap cash in jokes and divisive decisions over growing a greater audience. We need to open our doors and let everyone in to enjoy that which we know to be the one pastime to rule them all.

TL;DR - The wall of text says cheap jokes that hurt people aren't worth it, neither are exclusionary game design decisions or art styles. Let's be civil, let everyone enjoy videogames and be excellent to each other. And I love my wife.


As always, thanks for reading.
Login to vote this up!

I'm a former 1up.com blogger and have moved over here since the site was declared legally deceased. I've always enjoyed the reviews and features Destructoid has offered so I've moved my blog over here. I write about various topics, both personal and topical and how videogames relate. Hope you enjoy. I also tweet bitter and cynical musings.