Backlog Alphabet: B is for Bastion, C is for Capsized

10:08 PM on 09.01.2013 (server time)    0
Howdy everyone!  It has turned into that time of the year when there are dozens of high priority games that are coming out, and I just want to buy and play them all!  However, there is always a distinct guilt that comes with binging on new games:  neglecting the games in the backlog quicker than you abandon a puppy once it becomes a dog.  The other chief concern, besides guilt, is that hard drive space is a real concern, and rather than spend a hundred dollars to further encourage a terrible habit (I have drinking to do that!), I have instead decided to clear out the games.  I have been applying visual management to my gaming life as well as my work life, and have changed to icon of any completed game to be a red X.  Marking a game off and uninstalling it gives the whole process a great sense of closure. 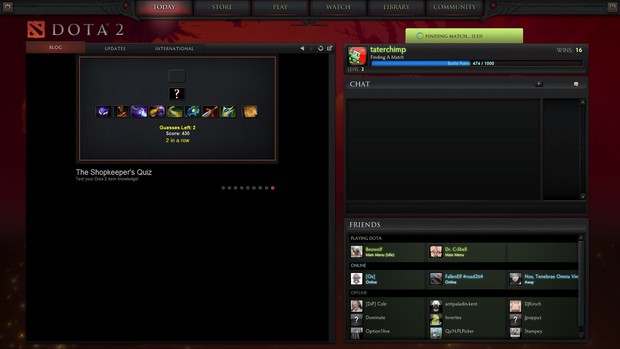 
I swear guys, I just don’t understand how the mid lane works anymore.  I’m playing as Ancient Apparition?  Take mid against Sniper!  Clockwerk?  Take mid against Templar Assassin!  In the second one I actually got off some ganks, which was weird, but man….I thought the mid was pretty clear cut for a carry to take, but I am not playing your grandpa’s DOTA anymore I guess.

I had one really fun game as a Skywrath laning in the offlane with a Sven against Viper and Lion.  We had a system:  Sven stuns, I drop Ulti, Viper dies.  We must have done this three times before rotating to another lane to do it to other heroes.  The communication required was minimal, but the results were huge.  A PSA from taterchimp:  talk to your teammates about ganks, before its too late.  The first time the Viper saw the combo, he was blown away by the Skywrath nuke.  Then he started complaining about stuns, then about DOTA, then his teammates, then on how we were ‘tryhards’, then how we lived in our mother’s basement.  Long story short, he mad.  Some of the other players made it into a fun situation though, either through goading, or non-insults.  I seem to recall everyone saying ‘gl,hf’ at the start of the match, then Lion saying how polite everyone was in a pub.  Then I told him his mother sucked dick in hell or something, with a winky face.  It was good times.  Love really can spring on the battlefield.

I also found the worst VS player in history.  Dude did not let off his auto attacks the entire team, and was depriving me of so much gold.  He later swapped himself at 10% health out with me, at 50% into the middle of four enemy heroes.  Thanks for killing us both there.

Anyway, after 90 hours I think I am a little bit closer to the last boss.  I’ll keep trying to get there!

(Also, that voice.  Bastion announcer, I love you)
#CommunityReviews
Login to vote this up!