9:59 PM on 08.29.2013 (server time)    0
If there's anything that fighting games struggle with providing, its a good single-player experience. This is often because fighters by their very nature are so focused on competitive multiplayer but that's not to say games like Mortal Kombat 9, Dissidia: Final Fantasy, Blazblue or Persona 4 Arena haven't offered up good single-player story modes. They totally have proven its not impossible to serve up a great single-player game� - but its still one where you don't get to challenge your friends while you do so since that's sectioned off for online multiplayer.

And sometimes you just can't play with your friends offline or online because they're off doing something else, which can suck. 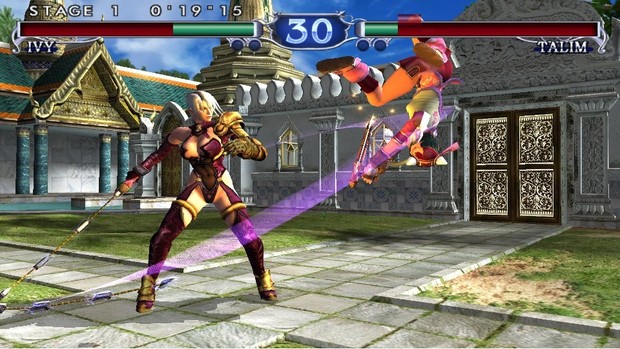 I hope I'm wrong here, that Namco plays this smart and integrates Conquest Mode into Soulcallibur II HD, but when they're more eager to announce the formerly console-exclusive characters they pandered to console gamers with a decade ago, I have to question if Namco and Project Soul's heart is really in this HD remaster. They could have giving the old arcade fan something back they loved and console gamers a side of SC II they never experienced previously.

And to me that's part of what an HD remaster is really about - acknowledging your old fans while giving a new generation of gamers a chance to see the best an old game has to offer, especially when said game is the pinnacle of the series. Neglecting a feature that may actually become more prevalent in thie years to come would just be a missed opportunity.
Login to vote this up!