My Top 10 Favorite Video Games of All Time

11:47 PM on 08.20.2013 (server time)    0
Alright, for those of you with good memory, I already revealed my top 10 games in full view on the right side of this here page. The thing is, I couldn't hold it in anymore. I feel like it wouldn't be right for me to say what my favorite games are without explaining why ever so. With that said, it's time for me to share why exactly the games I chose are special to me, starting out with my number 10 cop out.


#10 Every Fucking Gradius Game Ever

Yeeeeeap. The Gradius games are so good, it's an all out tie between every game in the series, but the real reason why it's a tie is because I don't think I'd ever feel satisfied just having one over another. You play as a lone space ship called the Vic Viper and what you do is shoot as many enemies as you can so you can build up a large array of weaponry to help aide you on you're mission They all have cool levels, they all look visually impressive, and good god, the soundtrack! It's just simply Konami!


#9 The Legend of Zelda: Wind Waker

You know it's funny. I see myself more as a Zelda enthusiast than I do as a person who ACTUALLY plays Zelda games. Wind Waker, however, just came completely out of nowhere, and what is there NOT to like about this game? Sailing around alone in a giant sea filled with discovery, the pretty cel shaded graphics, a talking lion boat. A TALKING LION BOAT!This game get's so much done right and now it's getting an HD makeover!

Ahh, the Dreamcast years. Such an innocent period in gaming kind of. One of the DC's biggest gems is that which is Jet Set Radio. How do I describe it? Well, think of Pac-Man but with gang related turf wars and the police constantly on you're ass. This game also sports colorful cel shaded graphics and the soundtrack is fucking awesome. This game get's bonus points for having the most badass, batshit insane group of antagonists near the end of the game. Growing up with Jet Set Radio Future first as a kid and discovering this title many years down the line along with the Dreamcast, it goes to show that this game certainly stayed fun over the years.


#7 The Simpsons Hit and Run It's not often you see a licensed game that's so good, it makes it on other people's top 10. The Simpsons had a poor track record of awful games (excluding the arcade game, that was wonderful) up until this beautiful fan servicey game came around. People who love The Simpsons know what I'm talking about here with this game. It get's everything right: a sandbox Springfield, all characters with their right voice actors, a shit ton of references to the show, it's really hard to hate a game that is nothing but a giant love letter to the show. Mr. Plow, Apu's secret roof garden, Homer dressed in his �Chosen One� attire, getting to ride the Car built for Homer and Canyonero, and I dare not spoil the ending of the game, it's that good! 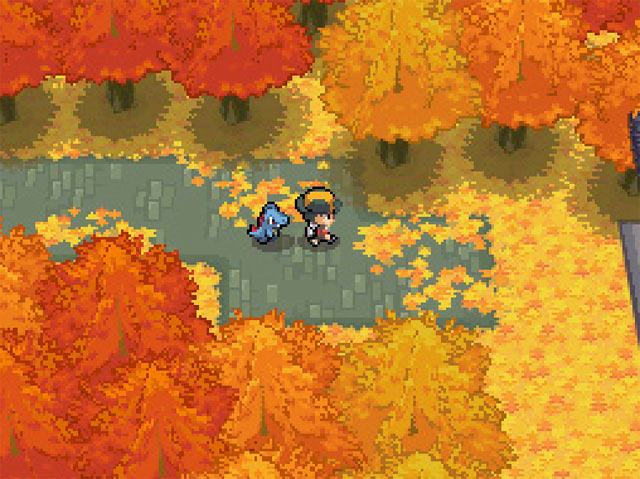 When I was a wee lad, I remember getting hooked instantly on Pokemon Silver. How I would train my Cyndaquil and the other Pokemon I catch for the coming battles (Then solely focusing on Cyndaquil just to get past fucking Whitney). That was so many years ago though.....then Soul Silver happened. A remake of Silver infused with Gen 4 gameplay and TWICE as many Pokemon to deal with! The remake did justice to the Gen 2 games, having Pokemon walk and interact with you, the beautiful remake of the soundtrack (As well as keeping the 8-bit old one with an in game item), and elements of Gen 3 & 4 being thrown in to make the experience more worthwhile. Plus the PokeWalker that comes with the game is a great way to train pokemon while being off duty. It's hard for any Pokemon fan to deny the greatness that is Soul Silver.

I've already made it quite public how much of a Sonic fan I am, even going out of my way to defend Sonic 4, seriously, Sonic 4 and Mega Man 10 always get the shit end of the stick. Er um, any who, If I had to choose a favorite Sonic game, it is most certainly 3 & Knuckles. Sonic 3&K did things that many wish they could do. Lock On Technology, a giant story, 3 playable characters, a shit ton of levels, pretty graphics for the Genesis, they even got Michael Jackson to compose some of the game's music! A game where you can allow Knuckles to play through the levels of Sonic 2 is certainly a game that was ahead of it's time.

Despite being number 4 on my Top 10 list, I can easily say Super Mario World is one of the very few examples where a video game is perfect in every sense of the word. It's Mario level design at it's finest. If you made a game where you have the ability to fly in the air as long as you can AND ride a Yoshi and still make the game a challenge, well you know where I'm going with this, but being perfect is not the only reason this game is on my list. Super Mario World was like, the very first video game I've ever seen, and I'd make the mistake of thinking that the game was a cartoon on TV. It's visual presentation really made it look like a 90's cartoon and to this day I still find that to be believable. Same goes for any 16 bit game too.

Harharhar, get it? Kong Quest, Conquest. I so smrt. Seriously though, this game right here deserves the title of �Coolest video game ever�. I mean it, I see this game as Rare's magnum opus. A game where you travel to the most bad ass video game location ever and fight off a swarm of crocodile pirates and ghosts with one of the best soundtracks going on in the background. Need I say more? With the looks of Donkey Kong Country: Tropical Freeze, the most recent entry in the series being announced, it looks like it is shaping up to put up a fight with Rare's trilogy unlike Return's where it was an omage to the trilogy. Here's hoping Retro delivers that punch the DKC series really needs (Also BRING BACK K. ROOL!!!)

Metal Gear is one of my all time favorite video game series and every entry is a masterpiece, but between MGS1, 2 & 3, I'm putting my vote towards 3! MGS3 took an interesting detour with exploring the past of one of the series villains, Big Boss, then known as Naked Snake, as he set's about saving the world from all out nuclear war during the Cold War era. There's so much to play with in this game, the camouflage, weapons sand equipment, and the beautiful scenery of the jungle. The thing is, between MGS1, 2, & 3. I find 3 to have the most flaws, like The Pain & The Fear's boss battle were never that fun, and the time you spend on the menu's switching camouflage can be boring, worst yet the painfully slow beginning and how you're constantly stuck in the same area can be testing to one's patience. However, the strengths this game has are so good, it makes the flaws forgivable. Hell, play the Subsistence version of the game and you won't even notice them. The game has a lot of my favorite moments in the series as well as really fantastic memories. With MGSV coming out, just from the looks of the trailers and the information provided, I might replace 3 with V if it's as good as it looks. 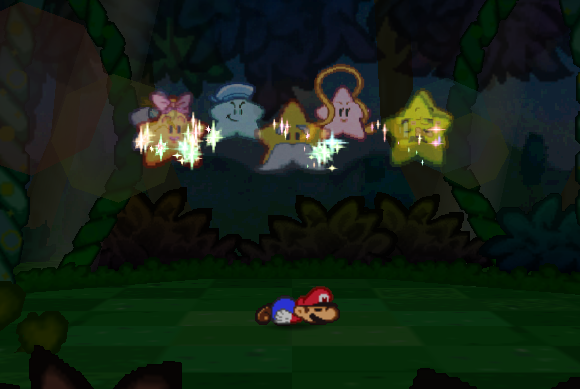 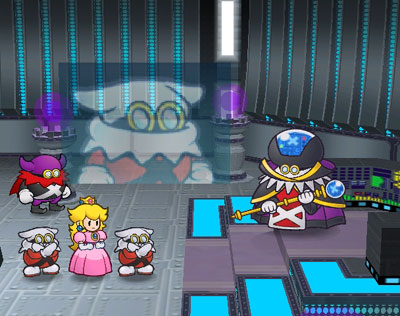 Surprise Surprise! A tie! The thing is almost every ranking ended in a tie. MGS1,2 or 3, Jet Set Radio or JSRF, Mario World or Mario 3, I think I'm allowed this one. That being said it really is tough to decide which is better when they are SO equal it's not even funny. Logically I'd say Thousand Year Door just because it's a sequel and sequels mean their stepping their game up, EXCEPT for the fact that Paper Mario has it's own advantages that even The Thousand Year Door doesn't have.


As for why they are #1, look at them. They are such fun games. There are so many moments in these games that are memorable. The characters really stand out unlike any other. Lady Bow, Rawk Hawk, Raphael Raven, The Koopa Bros. Being obvious parodies of TMNT. The battle system especially in TTYD is really fun. Let's not forget Paper Mario having probably the most satisfying video game endings I've ever seen. I know I'm doing a horrible job explaining why the Paper Mario games are my favorite of all time but that's the thing. Words cannot express my admiration for the Paper Mario games ESPECIALLY when they were the sole reason as to why I got into drawing in the first place. I think it would take an entire blog to really express my feelings for the games. I feel like if there was ever a point where I have to throw in the towel for gaming, it's when a proper Paper Mario 3 is released. So that's my Top 10, Not much else for me to say except, LONG LIVE THE GREAT GONZALES!!!