Gaming with Lazyhoboguy: Poop Jokes, Immature Shenanigans, and Some Whining 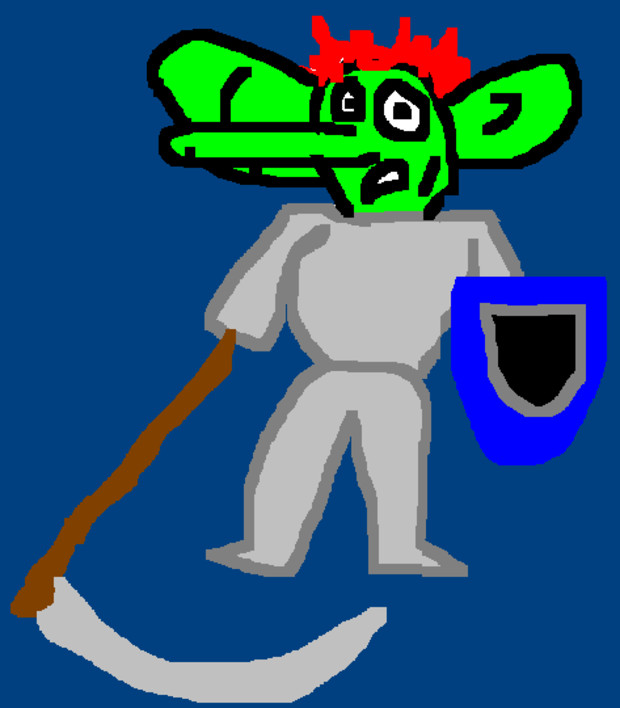 Yea that is right I am a great scythe�user. Also, I made this a gif, but it doesn't show up on Dtoid blogs so click it to see it.

Another way I like to mess around is by finding funny character animations or actions and doing them so other people in online games see them and get a chuckle or two. Like in Dark Souls you can raise and lower your weapons or shield really fast and look like and idiot, which I have done many a time. I also made my character look as ridiculous as possible, so that I can take off my mask randomly and whip out my sexiness and imagine the utter horror of the other player. Another example of some silliness I liked to do was in an old online PS2 game called Cold Winter which is now offline.You could crouch down in a squat, but you could full on sprint at the same time. The character animation was hilarious and you looked like a crab running around. We deemed it the "crab walk" and we'd all run around the levels spraying bullets at each other looking like idiots. It was actually a pretty good tactic too ha.

So to sum up what it's like to game with me. I can be pretty laid-back, funny, or a whiny little bitch depending on the game or situation. I greatly enjoy co-operative online or local multiplayer games because it takes out the stress of competitive multiplayer games. You and your fellow gamer have a mutual foe and I find that a lot of fun and less stressful then fighting against other people. Plus, it can be even more fun dicking around in the game if your Co-op buddy shares in the stupidity. Then again, competitive multiplayer games are very satisfying when you end up winning.

Eh. This blog is ok. I feel like it went in too many different directions. Maybe could have made a couple blogs and expanded on things more. CUT ME SOME SLACK FOLKS I AM RUSTY. Haven't blogged in a long while since I am indeed often a Lazyhoboguy, but I want to start doing it again. Still if you feel like giving me a "Fap".... oh no I forgot for a second it's called voting now! I used to love fapping I really miss fapping!. Hmm that came out wrong.
#OpinionEditorial
Login to vote this up!

My main hobby is playing video games so most of my blogs will be about them.

Here is a list of just my online video games:

I also am active in playing PS2 and Xbox 1 games through LAN tunneling. I play games that have had their online servers taken down. A program called xlink kai
(https://www.teamxlink.co.uk/) allows ps2 and xbox games with a LAN option to be played online still. Timesplitters Future Perfect on PS2 is the game I play the most through this method.


If you want to plan game with other Playstation 2 online players and Playstation 2 LAN tunnelers (using Xlink Kai) check out this site:

My nicknames for other stuff