11:19 AM on 08.13.2013 (server time)    0
Oh look I did a review again. Kind of irrelevant as it's been out for like two years, but hey, it's practice. I chose a smaller game to look at this time, if anyone reads this I'd appreciate constructive criticism on writing style etc., thanks!

Capsized is the first commercial title from Canadian indie developer Alientrap. At first glance it looks like a familiar side-scrolling, run-n-gun platformer, but is set apart by its detailed visual-style and variety of gameplay mechanics. 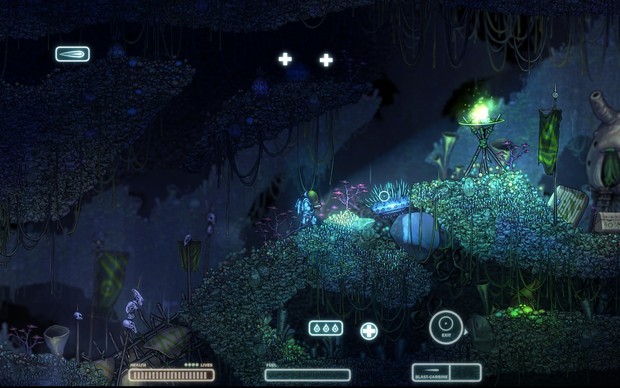 I managed the main campaign in around 6 hours, a decent length for an Indie such as this considering there's a good amount of content included to keep up the longevity.

There is a local co-op mode; you can team up with someone via two Xbox 360 pads to take on the campaign together, although I lacked the equipment to try it out. In arcade mode, there are other game types to play such as survival which pits you against waves of enemies, time trial where you must traverse stages in search for oxygen capsules to stay alive. You can also duel against another player, though only locally using two game pads as there's no online option sadly.

Overall, Capsized is a good game and although it is frustrating in parts and not particularly deep, it has enough variety and challenge to keep it fun and interesting during the 5-6 hour campaign.