Donning the cape and cowl in Arkham Origins

9:50 PM on 08.10.2013 (server time)    0
So as we all have heard at some point, Batman Arkham Origins has a multiplayer mode; one which is currently in a semi-closed Beta test going on right now on Xbox and PS3. The premise of the Invisible Predator game mode is pretty simple; Joker and Bane are having a turf war and it is up to Batman and Robin to break things up. With a lot of the same gadgets found in single player alongside a slew of upgrades for the customizable thugs, Invisible Predator promises to offer at least some depth alongside the main game. So how does this game mode stack up when outside of the finely controlled conditions of a press event? About as well as a finely polished turd might stand up to a plate glass window. 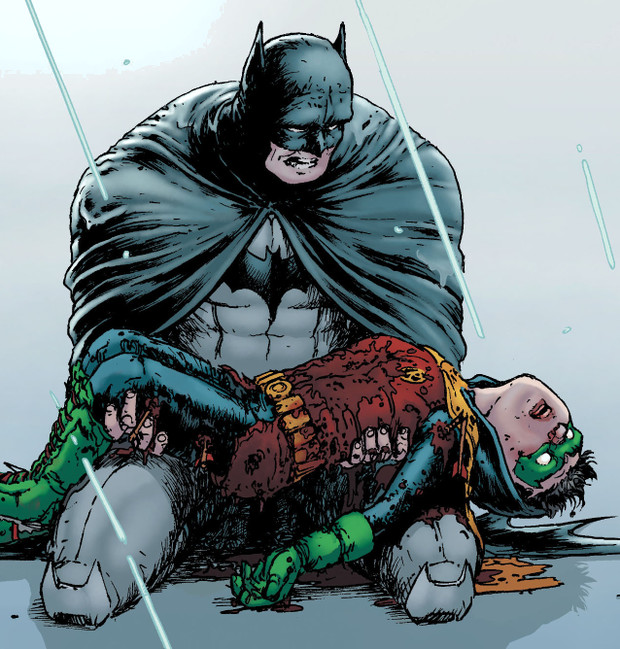 This is how the game mode currently makes me feel.

Invisible Predator Online is currently a fairly broken game mode, and while it does promise to offer up something fundamentally different from the slew of tacked on check boxes that most other games call multiplayer; it is currently a tower that not even superman could leap in a single bound. Sure, there are the usual varieties of cosmetic problems that plague any beta, but the massive issue of imbalance alongside the shoehorned credits for real cash really brings down the experience. I really do wish to see the multiplayer become something special and stand on its own alongside the main campaign, but like a good live action DC comics movie, I’m afraid that might never happen.
Login to vote this up!