First, here is a audio review of Pikmin 3. It was going to be used for a video review of the game, but in the end, it wasn't. Some people like it.

Is this a thing you'd like to hear more of? Also, feel free to make your own video with the track if you want. Some of you seem to like doing that sort of thing.

Second, here is a short reflection on Teenage Pokemon by Jonathan Glover of Sprites and Dice. It's called "What Teenage Pokemon taught me about my teenage self". It's pretty great. The line "These Pokemon are probably the most realistic teenagers I have ever encountered in fiction, and that's because they're not all written to be likable" means a lot to me.

Thirdly, Michael "@mukyou" Jordan made a bunch of Teenage Pokemon merch, including shirts, phone cases, and underwear. Full disclosure - I'm not getting one red cent from the sales of these items. All the proceeds go to Michael and the artists from the show. I want them to get money for their hard work and I want people to wear Jim Sterling's glasses on their fannys. That's why I'm telling you about this, and that's why I might buy you some underwear. 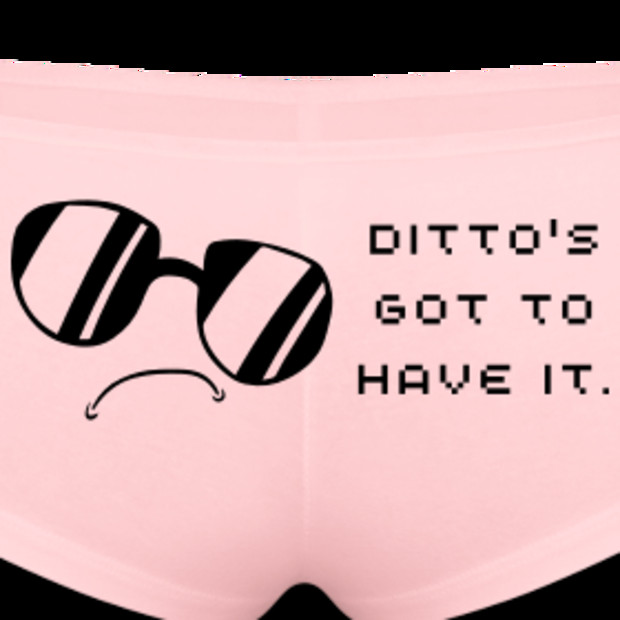 The first three people who tweet about the store and get 50 retweets will get a free pair of Ditto underwear. I'm not sure if any of you will be able to get that to happen, but if you do, I will be impressed and you will get booty shorts. So that's neat.

Thanks for reading!
Login to vote this up!