5:13 AM on 08.02.2013 (server time)    0
Maybe it's because Stasis Interrupted's been released and I've been watching a few gameplay videos of it but for some reason lately I've been (again) thinking a lot about Aliens games and where they've gone wrong over the years.

Colonial Marines was obviously terrible, but Aliens Vs Predator (2010) was also pretty mediocre, and though there has been the odd good game (Aliens Infestation being a good example) I feel as though it's one of those franchises that was really good in concept but now has gotten milked to retardation (see: Silent Hill, Resident Evil, Halo, etc, etc) in terms of games, and really just needs to be given a fresh lease of life. We've sort of been stuck in this continual loop of whatever formula's popular atm being taken and applied to Aliens and the end result (usually an FPS) being pretty mediocre. We really just need fresh blood. 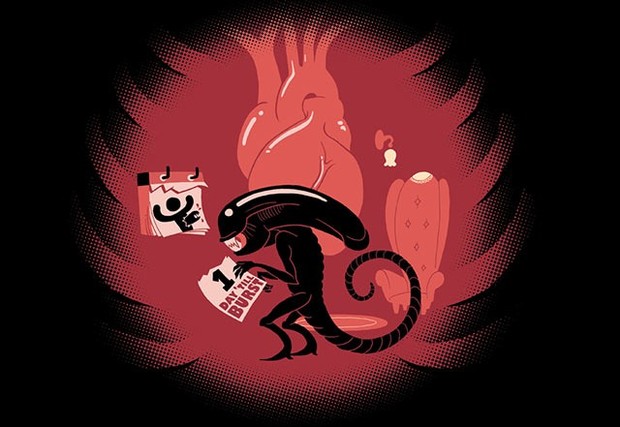 I can't think of too many films that have had such a fundamental effect on me as Alien and Aliens have (Blade Runner being another actually, and Ghost in the Shell is actually another) and though I think mostly there's enough original ideas for games not to have to borrow I'm so desperate for something that emulates the feel of Alien(s) that I'd settle for a knock-off of either, aslong as it had the atmosphere, the tension, the feel, and the themes of the films (the first two anyway.)

So many games have been influenced by film and other media that we have to recognise there's always going to be an element of borrowed content in games (as there is in any medium), and that's not necessarily a bad thing. From Rambo to Blade Runner, from Jacob's Ladder to Event Horizon, from Jurassic Park to Indiana Jones, all have helped inspire great games.

My hope is that the industry tries to remember it's the ideas that matter and not the things when it comes to inspiration and license.

...oh, and that somebody totally makes a cool Alien(s) rip-off soon! WOO!
Login to vote this up!