8:39 PM on 08.01.2013 (server time)    0
So the other day, I posted my craziest heroes in DOTA 2, and today I wanted to follow up with the related item list.  As with before, I will try to keep the jargon to a minimum so that anyone can follow along, but MOBA knowledge is appreciated, and DOTA knowledge is better.  But not too much.  Then you will make me look like an idiot.  Also, I usually play a support class instead of a carry, so there are many, many items that I just don’t get the chance to deal with.

(Ok, so I lied, jargon section:  I played Viper tonight against medium bots.  I finally mastered the art of the Alt Q, and managed to get probably about 8 of the first 10 runes of the game in my bottle.  I had a Manta, Butterfly, and Heart farmed up under the 30 minute mark, and was at 20 kills with no deaths.  Snowballing carries is probably the most fun thing in the game.   Shame I am too bad at last hitting to do so reliably, but at the current pub skill level, I think I could take solo mid, especially if I could communicate proper warding of the rune spots.)

To apologize for the above, you can purchase items that do a wide variety of things.  Some are fairly tame, such as the ones that heal you, or restore your mana, and there are some that are just plain bonkers - adding a reliable disable, giving a character a powerful nuke, or allowing you to bottle battle-swinging runes.  However, there are six items that I feel exemplify just how nutty this game can be.  One frame of reference for those of you who don’t play (and shame on you - its free), 1 creep is worth about 50 gold, and a hero typically goes for about 300.  You can 1 gold per second (give or take).  Finally, each item listed is made up of several other items, and occasionally a recipe for them item.  I don't list a lot of the stat boosts for the item, because feelings are boring and kissing is awesome. 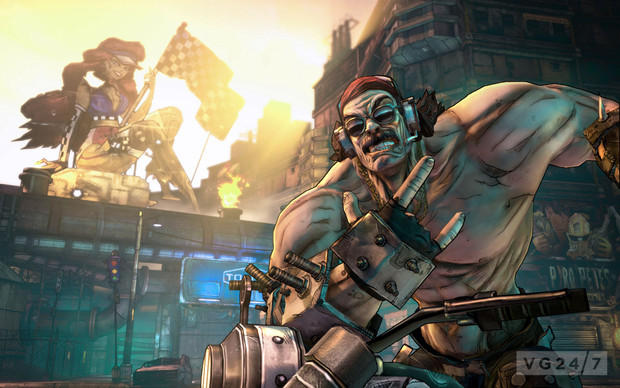 I think Torgue said it best:  That was too many syllables!  Apologize!  The BKB is a fantastic utility item, and was placed on this list specifically at this point for impact: remember the Abyssal Blade?  This gives +24 damage.  Hellz yeah.  Oh wait, I mean remember the Blade?  Remember sheepstick?  Remember how I said that fights in DOTA are extremely quick, and how I implied that 5 seconds is an eternity in a fight?  The BKB gives you magic immunity for ten seconds*.  That’s right, ten whole seconds to do whatever you want to do**.  Ten seconds where no ultimate can touch you***.  Anytime, anywhere****

*Time varies upon use
**Unless you want to be targeted by magic
*** Except the ones that can
**** Offer not valid outside of the US, does not include Hawaii, Alaska, or Utah (you know what you did, Utah).

The BKB has an ability that grants magic immunity for a period of time that decreases the more you use it, to a minimum of 5 seconds.  However, every single fight in DOTA should begin with a series of disables on the enemy heroes.  This throws a cog into the mix.  Now if you are caught solo, the enemy team has to kite you until it runs out, and hope you don’t kill them first.  If you are in a teamfight, you are immune to some of the game’s most potent disables.  Depending on the lineup you are against, this one item can neuter the entire enemy team for just long enough to get you by.  Also, no sheepstick.  No more space chickens.  No more tail..  No AB stun (bash still applies).  It also provides some health and damage, which is nice. 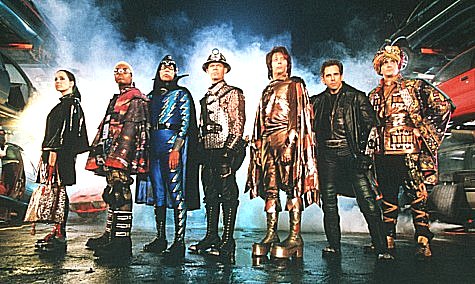 If you don't know why this is related, we can't be friends

Shadow Blade is made up of two parts, and I felt like that was worth mentioning.  The first item lets you turn completely invisible as long as you are standing still.  A little background on why this amuses me:  My favorite character is Pudge.  He can send a meathook flying across the screen then he literally kills whoever he grabs through a combination of body odor and eating them.  The ability to have this fat stinky monstrosity stand invisibly at the sidelines waiting to eat a hero just makes me giggle.

However, when combined with a sword, it allows you to turn invisible for 12 seconds and move at the same time, with a 20% move speed bonus.  If you have been paying attention you should already realize that you can use this to sneak up on people, chase down fleeing heroes, or run away from your aggressors.  Factor in the most magic doesn’t target invisible units, and you have a powerful ability.  Now take into account that the meta game focuses on if people are or are not in the lane, and you can surprise your own lane or ambush another lane, and you have a versatile item.  Finally, this weapon gives you an additional +150 damage if you attack while cloaked (which stops the cloak).

Context.  Context is very important.  That is why I have tried to establish so much throughout this blog a few key facts.  Remember what the starting damage I said was?  Near the 50 mark.  Remember how much the Abyssal Blade added?  +100.  The most damage I have ever seen on a livestream for a tournament is about 350 per attack.

The Divine Rapier.  This weapon.  This weapon, guys.  It is just....absurd.  In Magic The Gathering, there are cards that are defined as “Win More” cards.  Cards that have an ability that have a cost so prohibitive that they can never be used unless you are already in the lead.  Things that see no tournament play, as their cost to benefit is just too low.  But when that effect lands, it blows everything out of the water.

There was a football game I saw online, and losing team was behind in the 4th quarter by 19 points, after they had just scored.  They fired off one onside kick.  Recovered.  Touchdown.  Down by 12.

It was the miracle play.  You listened to the announcers, you saw the energy the crowd had, you saw the other teams jaw hit the astro turf.  You saw the energy coursing through the team that just minutes before was in an unwinnable position.  Twenty seconds left.  Kickoff.  Received at the 10.  Returned for a touchdown.  They still lost.  It was heartbreaking.  The divine rapier is the onside kick.  It is the DOTA 2 Hail Mary.


Full disclosure:  I found this video after typing the above. Scores may be different.  I'm bad at football.  Deal with it.

Three.  Hundred.  That is literally all it does.  Some characters can get in multiple attacks per second, and in the case of Medusa, she has an ability that will attack 5 times automatically.  This will boost your DPS in the realm of 500 damage per second.  Why would you not buy this?  Is it cost prohibitive?  No.  Does it slowly kill you while you use it?  No.  The only drawback is that if you die, you drop it, and the enemy team can recover it.

What kind of balls do you have to have to buy this?  To spend the gold to either say ‘no one can kill me’ or ‘we are so far behind, this is the only way to come back’ just floors me.  When a team is losing and they try it you immediately get hype.  When a team is winning and they buy it, no matter what margin they are ahead, you scream out DONT DO IT.  IT ISNT WORTH IT.  It just amazes me that not only is this an item in the game, but it is an item that gets use, and is considered balance. This game is crazy, guys.  That’s what I’m trying to say.  As with the last blog, feel free to let me know if you disagree with my opinions, or feel I left off an important insane item.  I think refresher orb conditionally qualifies, and Linkens Sphere is cool guy that doesn’t afraid of anything.  Manta Style is fun, especially on a carry, and just to sing Oppa Manta Style.  I also find it amusing that so many items are the same as hero’s abilities, so you can actually put a gold value on the hero,
Login to vote this up!