Breakfast is not a "quest."

10:42 PM on 07.19.2013 (server time)    0
There are lots of nice things I could say about Burroughs. I like her better than her predecessor, Arthur - for example. There was just something very "I can't let you do that, Dave" about Arthur. I still actually haven't gotten around to finishing Shin Megami Tensei: Strange Journey, but I just had that feeling about him given all the other sci-fi and horror movie tropes seemed to play out as expected. 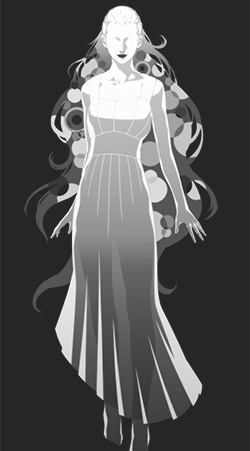 And Burroughs has a nice, soothing voice. Navigational AIs and "oracle" kinds of character have been part of the SMT franchise since Persona 3. Our "oracle" types in Persona have either sounded like a phone sex operator, timid, beary annoying or extremely girly-girl. Since Strange Journey had no voice acting and the only navigational AL before Burroughs, I'm sticking to Arthur being a "I can't let you do that, Dave" type.� I'd say between Mitsuru Kirijo and Burroughs, I'd give the edge to Burroughs and want her as my navigational AI for everything, augmenting my reality and keeping me updated on important things wherever I go.

But breakfast is not a quest nor does it require status updates.

Breakfast is breakfast. And while breakfast in East Mikado seems to be as mundane as a loaf of bread - I mean, really, not even cinnamon raisin bread - its still just breakfast. If its a late breakfast with friends, its still nothing I needed jotted down in my quest log.

These other samurai friends of mine, as it is, seem to not be aware of the concept of privacy, just walking into my room and informing me breakfast is happening. Walter not knocking I get, he's not much for rules or courtesy but someone as refined as Jonathan and Isabeau should know better. Even though Isabeau turns down the prospect of breakfast with her fellow samurai, there she is barging into my room for other things.

So if Walter and Jonathan want to eat bread by the lake late in the morning - I've made a mental note of it. This is not a quest and when I interact with my friends I don't need to know how well the "quest" is going. I am sitting by a lake eating bread. There is no objective to sitting by a lake, no treasure to hunt and no demons to slay or befriend.�

Chances are of a old man dressed in gray is dragging some halfling out of his hobbit hole to slay a dragon there might be a quest there. When your high school turns into a twisted tower at night, that's something to investigate. When some rich people want me to rig a detonator to a inactive nuke in a town that was dumb enough to be built around it - it might not be noble or honest, but if there's a reward there its a quest.

Breakfast is not. Nor is lunch, dinner, getting dressed,� going to the bathroom or taking a nap. Not quests. These are things people just do. However, if I decide to go idle because looking at my Demonica suit in 3D is awesome - you have permission to compliment me on how awesome I look.

All that aside - I want to keep you around, Burroughs. If you could be a permanent fixture in my 3DS, that would be great.
Login to vote this up!