7:01 PM on 07.07.2013 (server time)    0
In case it's not obvious, I'm new to this whole Destructoid thing. Well, I've been reading Destructoid content for quite a while now, but forums and blogging are uncharted territory for me. But as they say, you gotta start some time... so why not right now?

I was thinking of what my first blog post should be, and then I thought of a common introductory question I've received on other sites: "What are some of your favorite games?" Well I'm glad you asked! (Even though you probably didn't). I love discussing my favorite games, so that seems like a good starting point for a first blog post.

I'll be splitting this up into a few separate blogs in an effort to avoid walls of text. One thing to note: this list will be in alphabetical order because ranking things is too damn hard! 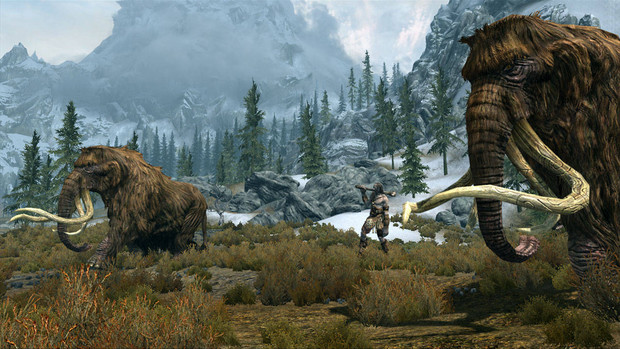 Sometimes I like losing myself in a game world, and The Elder Scrolls V: Skyrim satisfies that need perfectly. Bethesda has mastered the art of fully-realized videogame environments, and Skyrim stands as the best example of the studio's skill in that particular area. It also improved on Oblivion in quite a few ways, especially in regard to the leveling system. When you put all that together, you have a game in which the hours just fly by. I couldn't put this game down for the first week or so, and the addiction carried over into 2012. I know friends who bought this game when it came out and haven't purchased a new release since. I'm not that crazy, but I can absolutely understand the addiction.
#PersonalBlog
Login to vote this up!